The Pittsburgh LAN Coalition, Inc., or Pittco, was established in December of 2003 by a number of well-established, smaller Pittsburgh-area LAN parties looking to join their efforts to hold much larger LAN parties. TWo of the BIOSLEVEL's staffs' former groups, Anti-LAN and The Pittsburgh LANFest were absorbed in to Pittco.

Iron Storm 8, Pittco's 9th event, was held on March 15th and 16th of 2008, with approximately 170 gamers in attendance. From a staff member's point of view, this was Pittco's most successful event, despite some pre-LAN crises. More than $2,000 worth of prizes donated by sponsors such as Warrendale-based DVDEmpire.com, ATXPowerSupplies.com, Bawls Guarana, In Win, Razer, Red Bull, Thermaltake, and VisionTek were given as prizes for tournaments in games such as Counter-Strike: Source, Unreal Tournament 2004, Halo 3, Super Smash Brothers: Brawl, and Battlefield 2. For an entrance fee of only $25, the prizes seemed very much worth it.

The staff arrived as early as 8:30AM on Saturday morning to begin setting up the event. The first thing done at setup are tables and chairs, followed by running power cables for the tables.

Pittco recently built three breaker boards, which are essentially breaker boxes and outlets mounting on a wooden board. These are subsequently attached to a 220v power tap, giving us much more power than what was available through the outlets in the room. These were built after the organization experienced many problems with the boards they received when renting diesel generators at past events.

Network cables and switches were deployed soon after power was finished. Set-up only took about three hours, but there is always fine-tuning that needs to be done. One of the last things done before allowing attendees to enter was powering on the dedicated servers for the event. Many of the staff bring their spare machines for use as both tournament and free play servers for the various games played at the event. Pittco also utilizes separate firewall and DNS machines to regulate internet bandwidth and network addresses. The switches are all layer 2 managed switches running a 10/100 speed, with a $25,000 gigabit switch at the core.

1:30 in the afternoon was our scheduled check-in time, when we'd begin allowing attendee check-in and entrance. As the clock neared 1:00PM, we realized that our check-in script was outdate. We used a simple PHP script and MySQL database to check people in before, which checked against pre-paid and unpaid registrants. We had switched from our old registration system to ALP, and had no way to check people in as we went along. Given that we only had about 25 minutes left, I wrote a brand new script in about 15 minutes that, as I'm told, was far better than the old one.

After this, check-in went smoothly. With ALP, those that pre-paid were able to select their seat from Pittco's website. We generated seating charts and nametags from these lists and placed the name cards at each seat so people wouldn't have an issue finding their seat. All attendees were also given bracelets after their checked-in, and were denied entry unless these bracelets were worn.

After about an hour and a half of check-in, there were 150 attendees checked in, with some stragglers trickling in over the next few hours.

ittco follows a fairly routine game schedule at each event, but how many games are released that remain popular? In the past, headline games have included Warcraft 3, Unreal Tournament 2004, Counter-Strike: Source, Dance Dance Revolution, and Halo. At Iron Storm 8, we expanded this list to include Unreal Tournament 3, Battlefield 2142, Call of Duty 4, Guitar Hero 3, and Super Smash Brothers: Brawl.

The first game up for play was Unreal Tournament 2004 in a one-versus-one deathmatch. Unreal Tournament 2004 has long been Pittco's headlining non-team tournament, but may be replaced by it's successor, Unreal Tournament 3, at future events. With only 30 participating players in this earlier tournament, a double-elimination bracket was held. The rounds moved quickly, with only ten minutes allotted for each map, with short breaks between each round. About two and half hours later, the winners were announced: Rhythem in first place, and Virt in second. Both of these players traveled several hours to the event from opposing directions, but they come from the same online clan: Team Pure Gaming.

The Counter-Strike: Source (CS:S) tournament was the second tournament, with 15 teams of 5 members entering a double-elimination bracket using CAL rules. CS:S is Pittco's largest tournament, and the teams are awarded both prizes and a cash pot, as the there is a $25 buy-in for the tournament. The teams come come from around the tri-state area, and there were even some members that flew in from even farther away. Several hours later, the winners were announced: Intermediate Mediocracy, CultureShok's Money Crew, and Team OHIO.

Bob Buskirk, of ThinkComputers fame, live-recorded some of the Counter-Strike source tournament in the video below.

In the midst of all the computer gaming excitement, Pittco also had a large console section.

The night before Iron Storm 8, the staff member in charge of Pittco's console section contacted me only to inform me that she was unable to make the event due to unfortunate circumstances. This got me quite upset, as this was the secodn event in a row where our console manager (two different people, however) was unable to attend.

Despite this, the section seemed to be quite well off. Several people brought their own televisions and consoles, mostly XBox 360s and Nintendo Wiis. The first tournament of the night, taking place shortly after Counter-Strike: Source, was Halo 3. Between three TVs, there were over a dozen teams of three involved in this double-elimination tournament. When the winners were announced, they were surprised to have actually won console-specific prizes. This is the first event in Pittco history that Pittco received prizes specifically for console games.

Super Smash Brothers: Brawl was held in the early morning, and it was played on a Wii connected to a projector, for excellent visibility with 4 players. Shortly after Brawl was completed, Guitar Hero 3 began, but only a small number of players participated, as many attendees were beginning to sleep for the night.

Have no fear, for console and computer tournaments isn't everything that Pittco was worried about. There has to be some fun no-skill tournaments in the middle!

Early on in the day, a Musical Chairs tournament was held. Of course, this isn't your kindergarten version of musical chairs. Towards the end of the tournament, the rules were thrown out the window and the game became very physical.

Throughout the LAN, several events were held, but none could quite top Pittco's newest jackass tournament, the Clamato Bowl. The goal of this tournament wasn't to win, but rather punishment. While the winning team would receive a giant stash of energy drinks, the second place team would have to drink one of Mott's most horrible drink conconctions, Clamato. Clamato is meant to be an energy drink, but the primary ingredients of clam juice and tomato juice don't make it too tasty. Teams of four competed in Quake 3 to take home the winning or losing title.

One of the last jackass tournaments held is one of Pittco's oldest, stretching all the way back to their third event: Karaoke. One of Pittco's senior staff members is also a DJ, so we have a full Karaoke software suite available to us. We had a large turnout of close to 15 people partipate in the event. In the end, long-time favorites such as r0bvious came out winners. In the photos below, you can also enjoy looking at Colin belting out some tunes.

The final jackass tournament Pittco held is also Pittco's oldest: the ice chest. Pittco serves up free pop and water for the duration of the event, and the ice in the coolers are mostly melted by the end of the event. The terms of the contest are simple: whoever can submerge their held in the icy waters the longest wins. The winner at Iron Storm 8 held their head in the ice chest for a whopping 2 minutes and 31 seconds.

At the conclusion of the ice chest, most of the remaining attendees cleared out, leaving one huge mess for the staff to clean up! After clearing everything, the staff held a meeting at the end of the event about the ups and downs of the event, and to try and pick a date for Pittco's summer event.

As a Pittco staff member, and the coordinator of Iron Storm 8, I have to admit that this has been one of Pittco's most successful events. Attendence surpassed previous events by 30-40 attendees, and the energy went all night long with few breaks.

This has also been one of Pittco's large events in terms of sponsors and prizes. Aside from the nearly $2000 worth of prizes donated by sponsors, Pittco also purchased $500 of goods including a GeForce 9600GT, 22" LCD Monitor, and 4GB of DDR2 RAM to raffle off. These added prizes added to the excitement of the LAN, and most likely drew in many more attendees.

Of course, I had the best set-up at the LAN with both 22" and 20.1" widescreen monitors connected to my desktop and servers. Hey, they boosted my productivity at the LAN! As an added bonus to the LAN, don't think there were only teenage males in attendance!

In the end, Pittco's last event was a fantastic success for the organization, and a boatload of fun for the attendees! Network performance was fantastic, and there were few delays in most of the main tounrnaments. The next event is tentatively schedules for August of 2008, so stay tuned for future announcements. 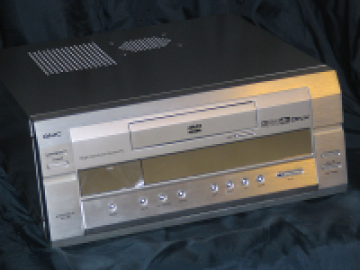 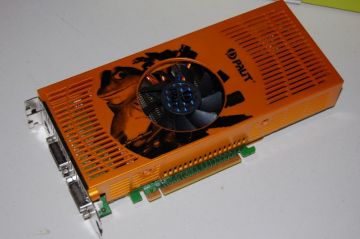