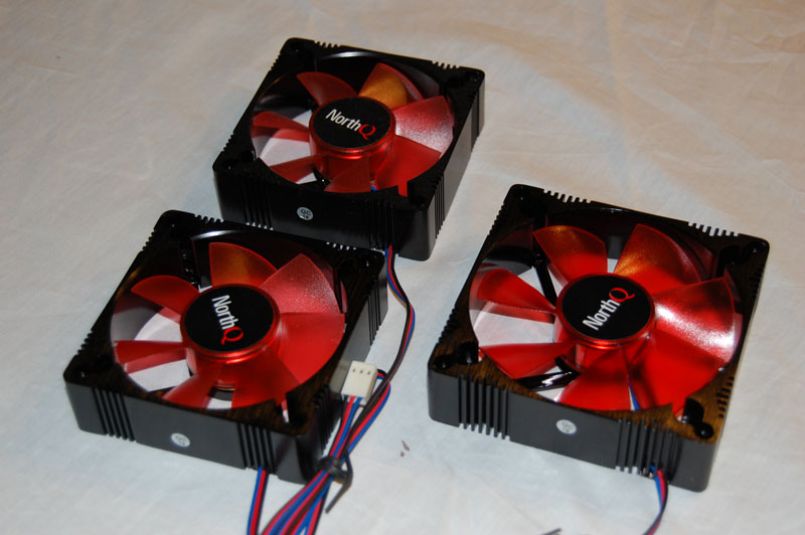 Case fans are one of the most vital components of a computer, but they have also seen the least amount of creativity and change in the last decade. During the height of PC modding, several companies began introducing clear, colored, and/or light-up fans to add more flair to case fans. These enhancements didn't change the fans' performance, however.

NorthQ, who's BlacKMagic 850W PSU we previously looked at, has taken the game to a new level. They have a series of case fans built from aluminum frames. The Silent Tornado fans, as they're called, promise extreme performance with a good bit of silence.

NorthQ sent us the NQ-3709BL and NQ-3710RL, which are 80mm and 92mm respectively. The units are shipped in plastic cases, prominently displaying the fans themselves. 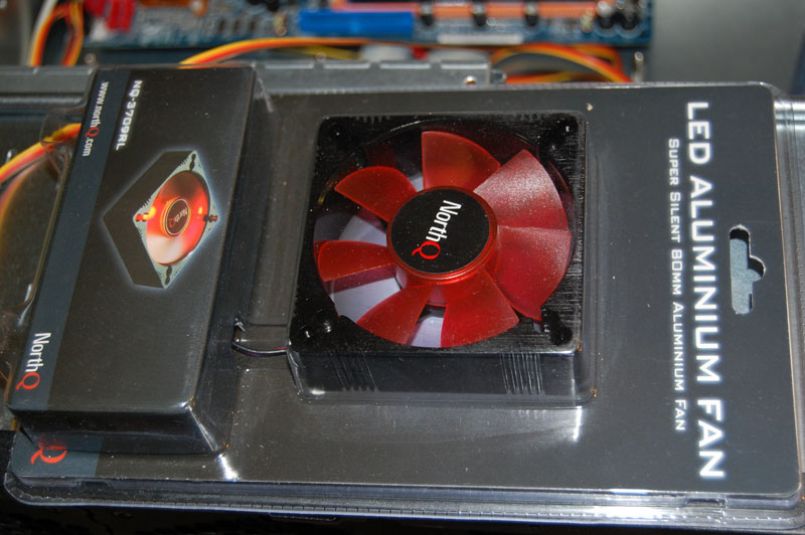 The packages had to be cut open, as they were sealed around the edges. Inside was the fan and an adapter for switching the power source between a 4-pin molex and 3-pin fan connection. 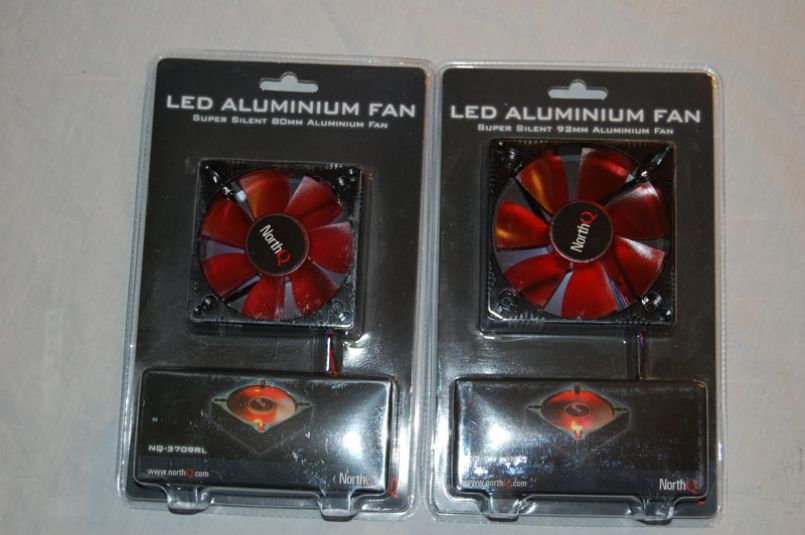 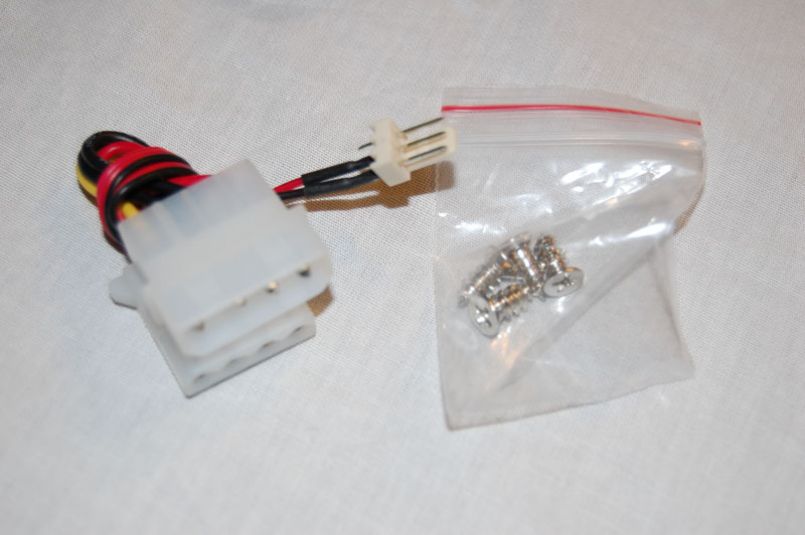 Both fans were black in color, mostly likely anodized or possibly even painted. The aluminum frame does have a brushed texture, however. 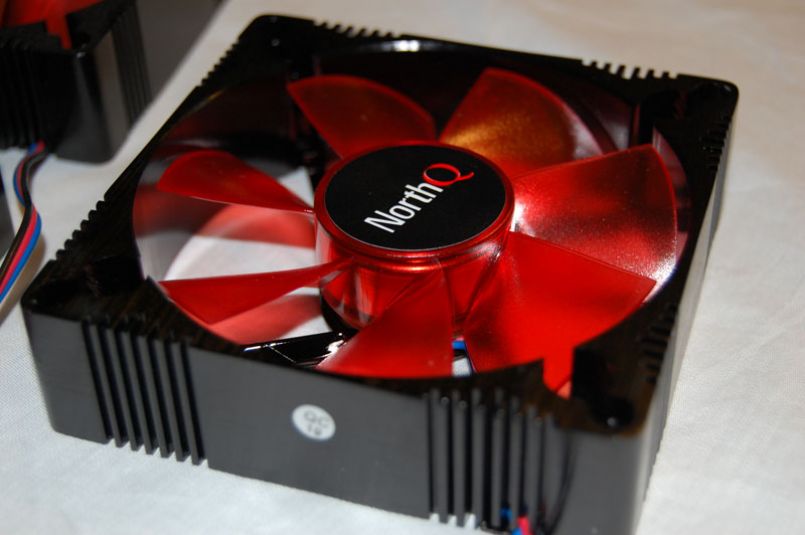 The fan support is also aluminum, but wasn't cut with the rest of the frame. It was, rather, added in. The fan itself is a translucent red, which lights up when powered on. 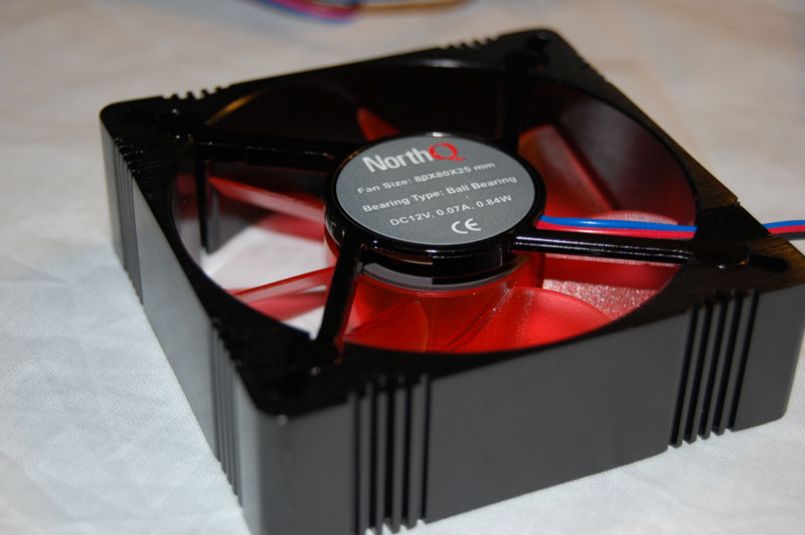 Let's look at the specifications of the fans before I move along to installing the fan.


Here, it's easily seen that the sames are indeed roughly the same size as any other fan. 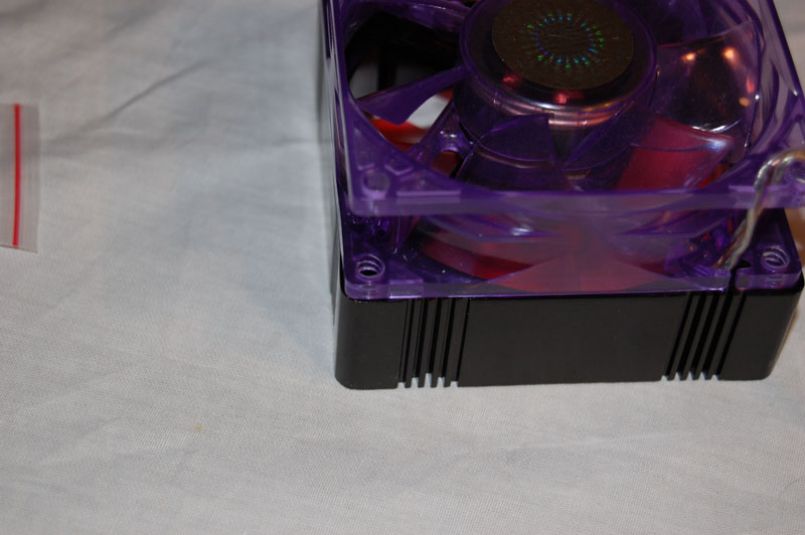 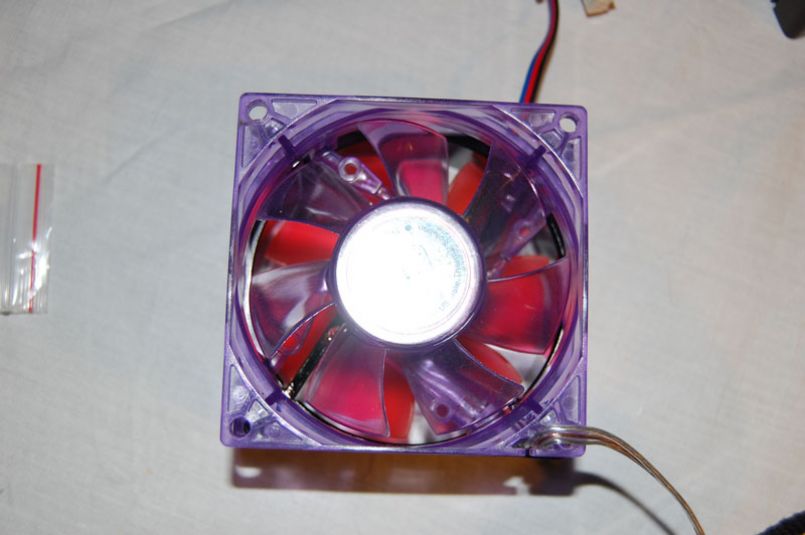 Let's look at installation next.

Installing the Silent Tornado Fans was simple; they install like any other fan. NorthQ provides four screws for installation, and they fit nearly any 80mm or 92mm fan location. Since these fans are made from metal rather than plastic, I kind of think it'd be more beneficial to utilize rubber grommets or rubber holders to keep the fans in place to control vibration noise. Once the fan is secured, the fan can be plugged in a 3-pin fan header or use the included adapter to hook the fan up to a 4-pin molex. After installing the fans, I powered up the system. The fans came to life instantly, and the fins were glowing red thanks to LEDs embedded in the fan. Moreover, the fans were silent.

Aside from the cool design and silent operation, there are a few features that allow NorthQ's Silent Tornado fans to stand out from the rest. The biggest being the fact that the fan's frame is cut from a block of aluminum, allowing for better heat transfer. Inside a hot PC, the aluminum frame will absorb the heat, and the fan should ideally help push the heat out of the case more efficiently.

I can't say anything negative about the fans, aside from the fact that they are hard to come by in the United States, much like NorthQ's power supplies. If and when they hit our shores, I have a feeling the fact that the aluminum may make for a steep price.