The drop-down terminal emulator provides instant terminal access on the desktop and brings a touch of nostalgia from the early gaming days. 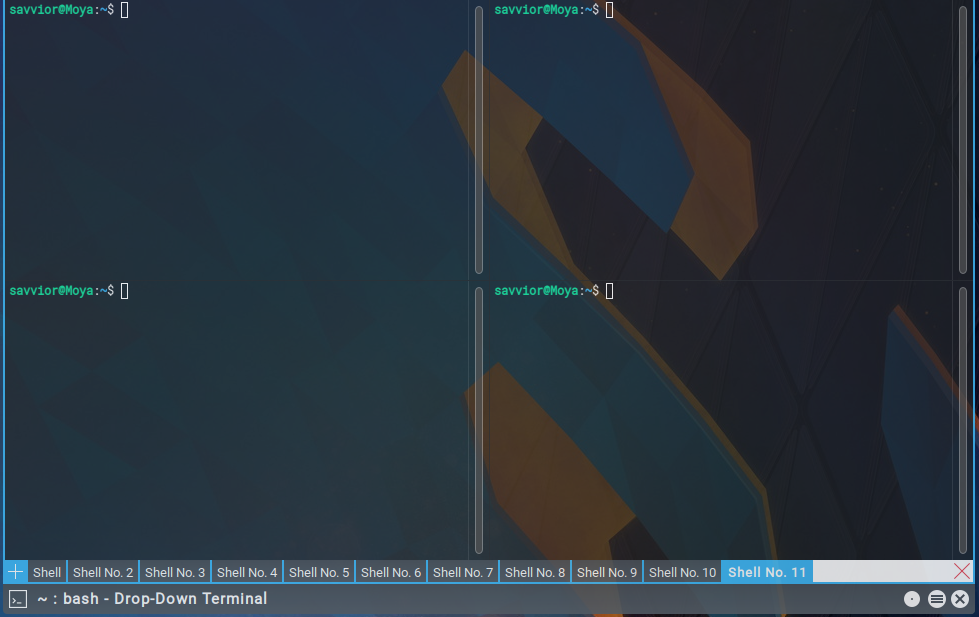 Whether you refer to it as a command line interface, console, or terminal, the terminal is one of the most important tools available on Linux. To that extent, it is important to always have rapid access to the terminal, and a little style has never hurt anyone. Yakuake brings the console to the forefront of your desktop with the press of a key, allowing you to quickly perform your tasks with ease.

Of course, one of the greatest advantages of Linux and Open Source is the flexibility to build an environment that best suits the end user. Some will argue that tiling window managers provide quicker access to the terminal, but to each their own. KDE has been my desktop of choice since the 2.0 days, so Yakuake fits the bill for a fast-access terminal emulator - and it can for you, too.

Before we move on, how about trying to say “yakuake” five-times fast?

Yakuake is in the repositories for nearly every one of the major distributions, but for those it isn’t, the developers have made snaps available, and it can also be compiled from source. Debian-based distributions such as Ubuntu or Kubuntu can install it from their package managers, or the command line via:

Once installed, Yakuake can be started either by the system menu or by running “yakuake” in a terminal or run prompt. Initially, a notification will appear on screen with instructions on how to open Yakuake. By default, this key is F12. Because I paired an aluminum Apple keyboard with Linux for well over a decade, I typically re-map this to F11 as to not interfere with the ability to pop open an optical drive (does anyone have these anymore?).

Pressing the key for the first time will cause the terminal to dropdown from the active screen (if you’re using multiple monitors). This behavior can be changed so it always opens on the same screen if desired. I keep it fixed on a monitor I have oriented vertically, allowing for a larger number of lines to be shown. 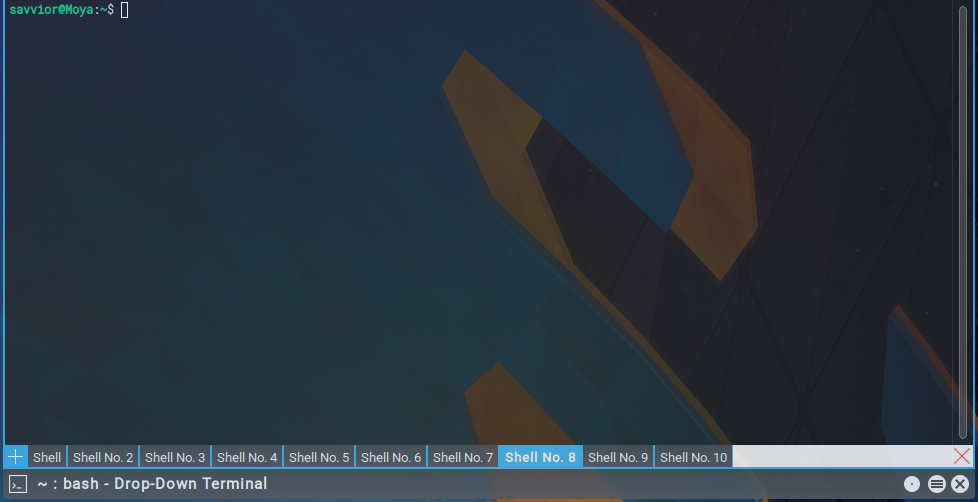 With hardware rendering available to the desktop environment, Yakuake’s animations are clean, fast, and smooth. From a productivity perspective, the sliding up and down may be unnecessary, but the speed at which Yakuake performs these animations isn’t drawn out. The dropdown opens and closes in well less than a second.

The initial console looks an awful lot like Konsole, KDE’s default terminal emulator. This is because Yakuake has been built on Konsole’s libraries, so it is very integrated with the KDE platform. In fact, any profiles that have been created in Konsole are available for Yakuake as well. This means the terminal can be styled to the user’s liking: default shell, fonts, color schemes, and even background transparency. 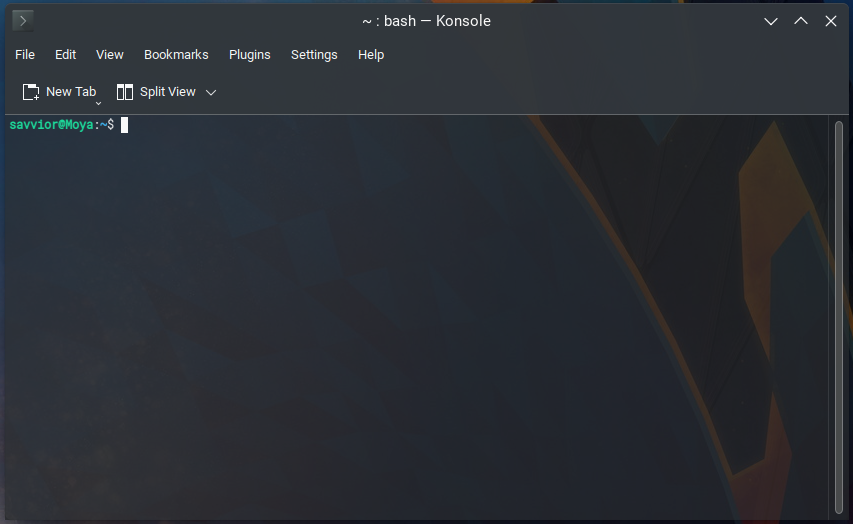 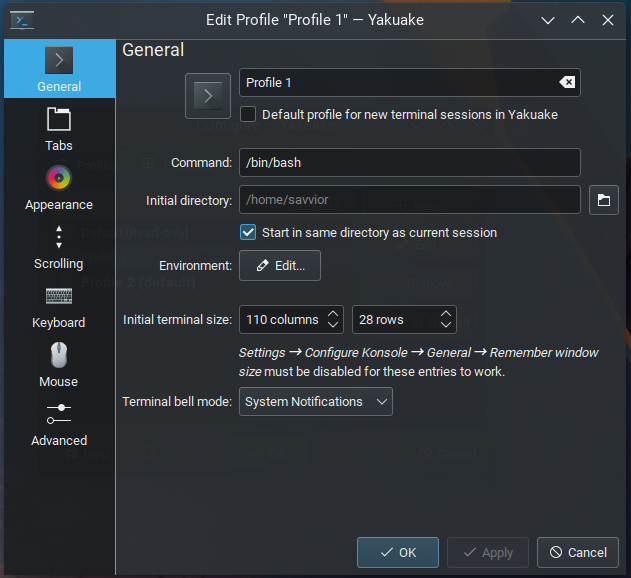 The default size of the Yakuake dropdown can also be easily adjusted. The height of the window can be increased or decreased by clicking on the bottom edge of the dropdown and moving the mouse up or down. The width can be adjusted through the menu icon on the bottom-right. Similarly, the dropdown can be moved to the left or right of the screen, or take up the full length. Numerous presets are available in the settings dropdown menu for height, width, alignment, and more.

Like Konsole, one of my favorite features with Yakuake is the ability to have multiple tabs. This allows me to easily SSH to a number of different servers simultaneously, while running other processes in different tabs. Tabs can be easily navigated by pressing SHIFT and a left or right arrow based on which direction I want to go. New tabs can be opened with CTRL-SHIFT-N, and I can close the current tab with CTRL-SHIFT-W.

Similar to tmux, Yakuake also offers the ability to open a tab with multiple terminals. I personally use tmux when I need to have multiple terminals available simultaneously, but it may be much more beginner-friendly using the functionality Yakuake and Konsole offer.

I’ve been using Yakuake for well over a decade, and it has proven to be one of my most used tools both professionally and personally. The ability to have an open terminal available in a single key-press is a feature that can’t be overlooked, and is critical to system administration and support roles. Konsole is an absolutely incredible terminal emulator, but Yakuake takes this a step further.

Yakuake is still actively being developed and improved. Installation instructions and more information can be found at apps.kde.org. Let us know in the comments if you’ve installed Yakuake or have been using it regularly!