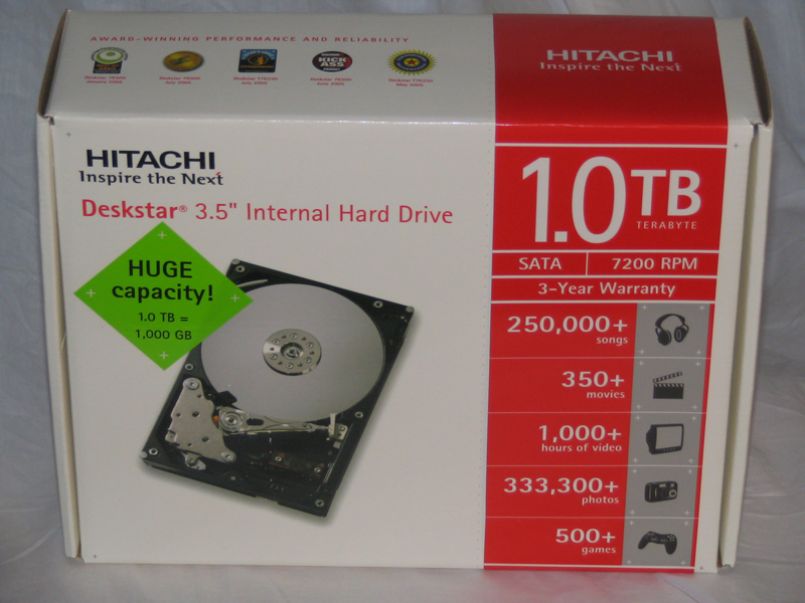 Hitachi was the first company to release a one terabyte hard drive, and they've sent us the DeskStar 7K1000 model for review. The DeskStar 7K1000 features SATA II compatibility, 8.5ms seek time, and 7200RPM rotational speed.

We received the retail version of the 7K1000, which ships in an all-white carboard box. Wrapped around the box is a red ribbon, which prominently displays how much "stuff" you can fit on to the drive.

The rear of the box and ribbon list more features of the 7K1000, as well as the easy installation into a PC. 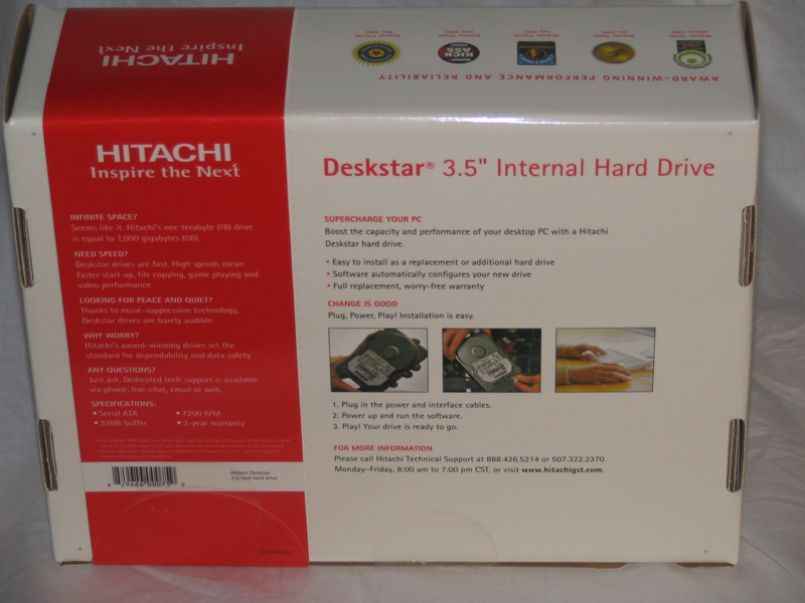 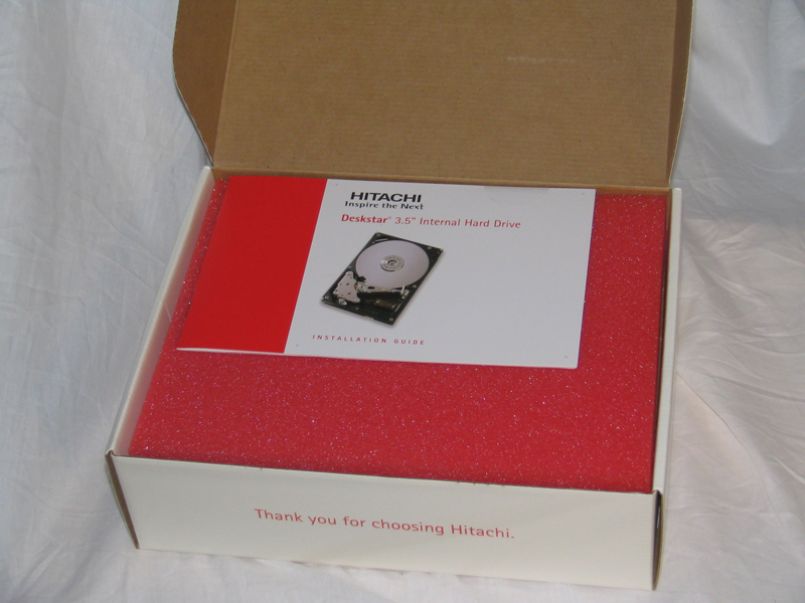 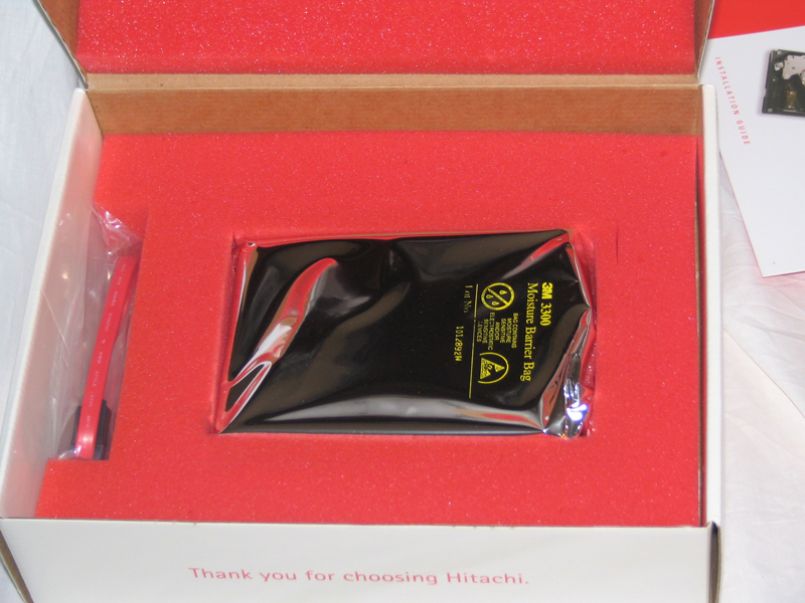 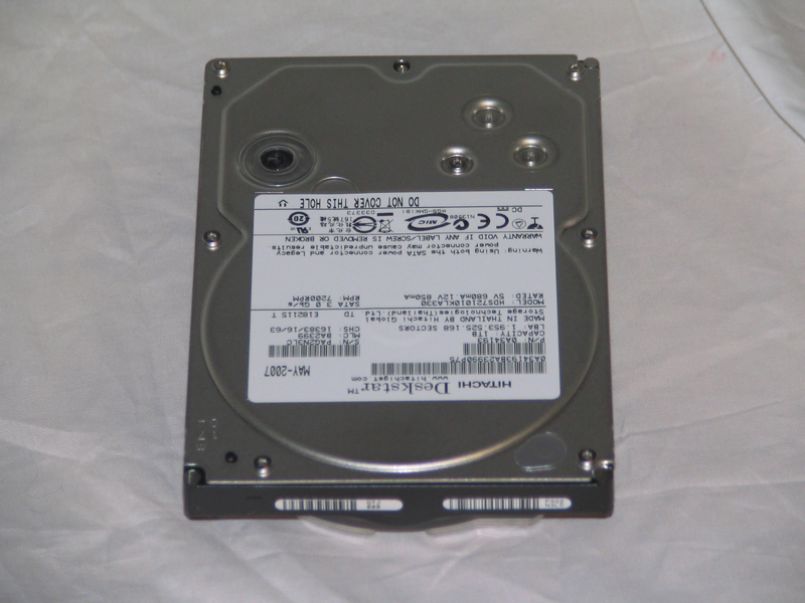 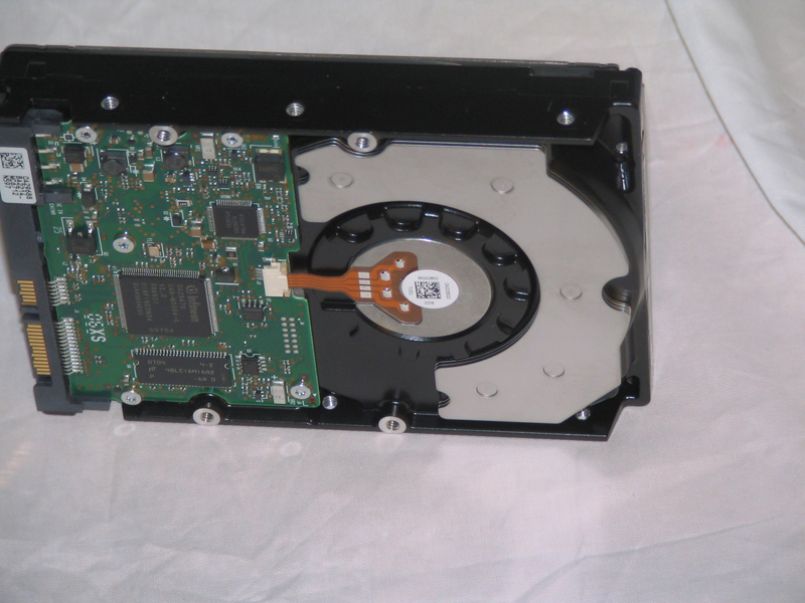 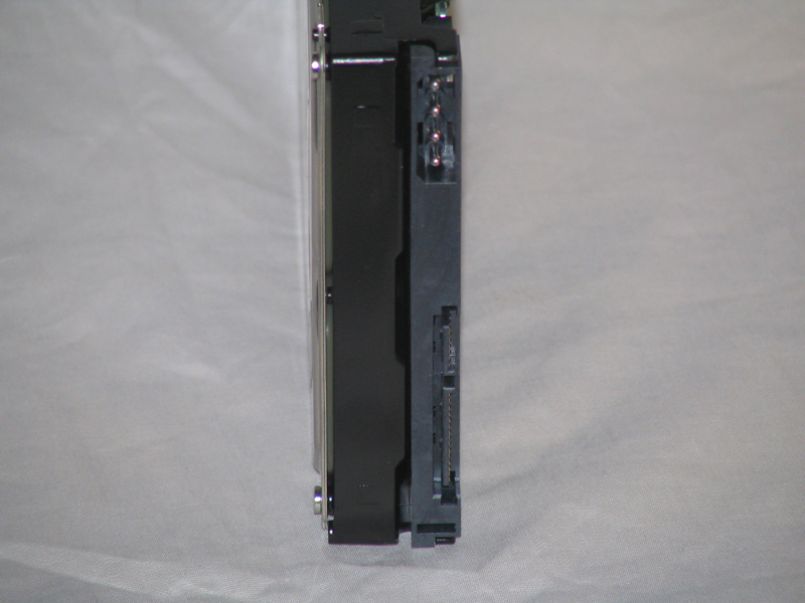 With a whopping 5 platters and 10 read/write heads, the drive is definitely heavy. It may not compare to an ancient 5.25" hard drive, but I can feel the heft of this drive at 700g.

With the massive set of technical specifications found for this drive, I expected a decent set of features. This is exactly what I found looking through Hitachi's website.

I'll be using our Core2 Quad machine for this test, because we still haven't found a solution to the hard drive speeds in Linux on the Sapphire 780G motherboard.

As I'd expect from any newer drive, the 7K1000 is very quiet. I don't hear much of anytime coming from the case aside from the hum of fans. 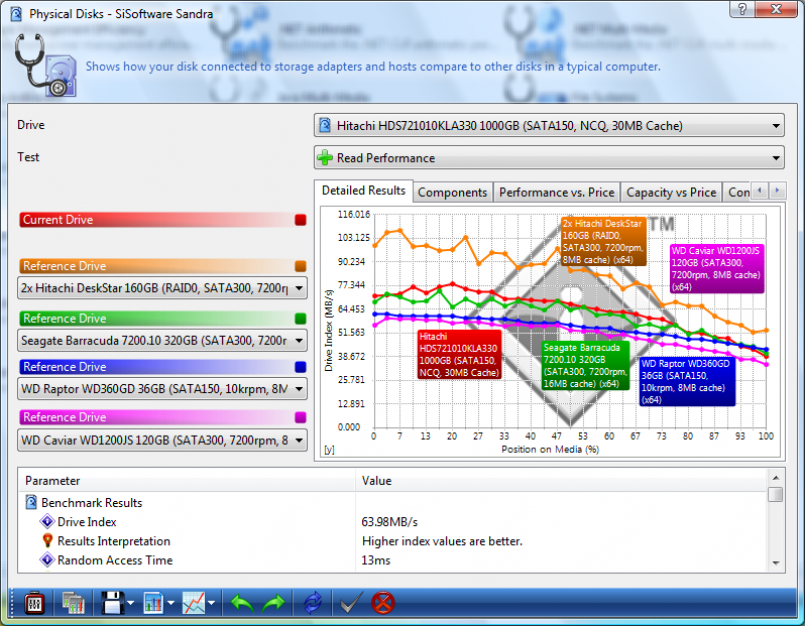 Sandra reports the average drive read speed as being 64MB/sec, with a 13ms random access time. This isn't bad at all, considering the drive moves data faster than the 36GB Western Digital Raptor. Aside from the larger 32MB cache, the hard drive platters are also more densely populated, making for faster read speeds.

I've decided to omit the results for the Sandra's write benchmark, as it was reading over 100MB/sec in speed. After turning off the drive's "advanced performance" in Control Panel, write performance dropped to a meager 6.9MB/sec. Both of these results are inconsistent with both the drive and other drives I've seen. I'm hoping that actual copy benchmarks will yield better results.

To get a realistic idea of what kind of performance to expect from the drive without relying on synthetic benchmarks such as Sandra, I'm going to use a 750MB movie file to copy back and forth between the Hitachi 7K1000 and two 36GB Raptors in RAID0.

The results from the read test are very similar to Sandra's results, but slightly slower. This may have been a bottleneck imposed between the three drives (7K1000 and two Raptors).

For our tests in Linux, the drive was formatted with ReiserFS. The ASRock 4core133-Viiv's Intel P965 chipset is well-supported in Linux, unlike AMD's 780G. This means I'll be able to properly benchmark the hard drives at full speed.

hdparm stands for Hard Drive Parameters, and adjusts just that. Specifically, hdparm has a wide set of tools for ATA drives, such as adjusting the DMA. For other drives, the options become much more limited, as they rely more on hardware settings than software. Using the '-t' flag, hdparm returns the buffered disk reads, or essentially the average read speed.

I repeated the above benchmark several times over, each time with the speeds varying from 68MB/sec to 72MB/sec. I was a little surprised the drive performed better in Linux, but it works for me.

dd takes an input, output, and various sizes and writes to disk. In our case, we always use /dev/zero, since /dev/zero continuously outputs 0 and a fixed rate (much faster than a hard drive can read / write). I'll be copying a little over 4GB to drive to test write performance.

Much like in Windows, I'll also be testing file copying in Linux. Using the same 750MB movie file, I'll copy the file between the 7K1000 and two Western Digital Raptors in RAID0.

The results from this test are very similar to both the transfer tests in Windows, as well as the results we saw from the previous Linux benchmarks. Again, performance seems to be higher in Linux.

The Hitachi 7K1000 drive has proven it's speed to me. Through a series of benchmarks in both Linux and Windows, this drive has proved it's dominance over other offerings. When compared against other drives through the Sandra Suite, it comes out on top against other SATA II drives. RAID0 still beats the 7K1000's single drive performance, however.

Performance in Linux actually appeared to be a little higher than in Windows, and I'd like to attribute this fact to the 64-bit version of Windows Vista, but I can't be sure without further testing. Sufficient to say, we should see equal hard drive performance in both Linux and Windows.

Despite the performance differences, the margin between the numbers isn't too large. The Hitachi 7K1000 is a solid performer in Linux or Windows, and would make a terrific addition to any system. Of course, with that much storage, users will want to make sure they back up that data. In that case, order two and put them in RAID0!