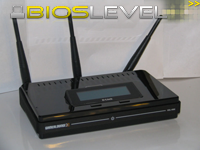 D-Link released their DGL-4500 Xtreme N Gaming Router in October 2007 to provide a faster solution for gamers desiring better Quality of Service (QOS) for both wireless and networked connections. The DGL-4500 offers both Wireless N and Gigabit connectivity options, and comes geared with tons of settings for special services including gaming. The DGL-4500 also includes a small LCD unit with buttons for the ability to browse settings and status without using a PC.

The DGL-4500 comes packaged in a black box with the usual front graphics. The box is about the same size as other routers intended for home use, measuring 9.6" x 11.1" x 3.1". On the front is a large photo of the router itself, displaying some information on the LCD. 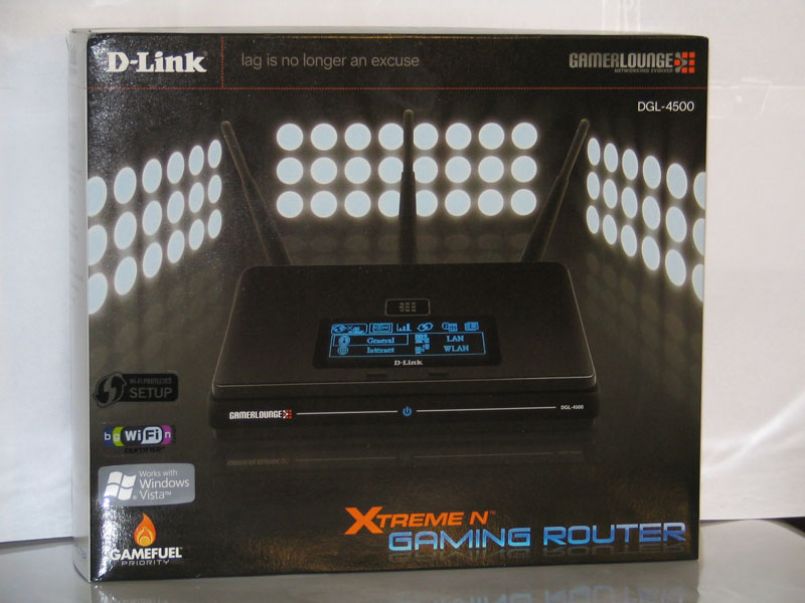 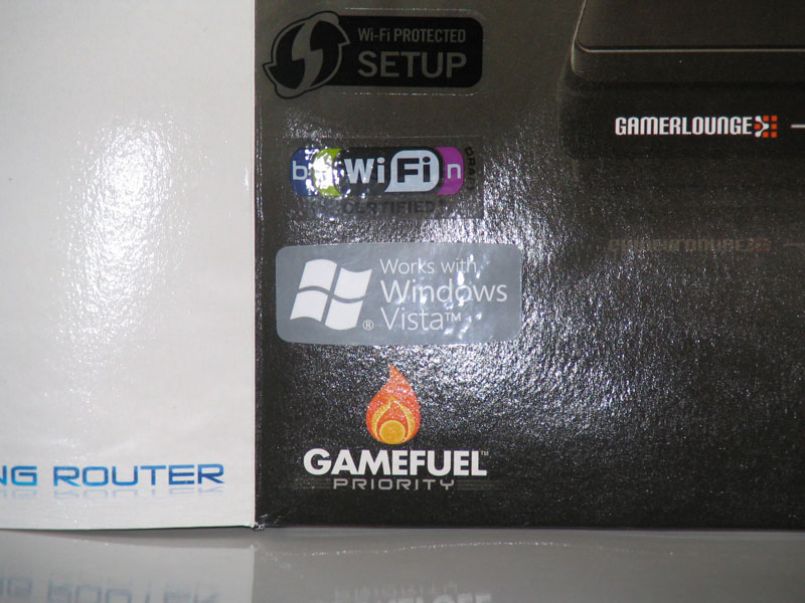 The rear of the box showed the rear of the router, introducing the concept of Xtreme N Wireless and the gigabit ports. There's a short brief on D-Link's Gamefuel technology, which graphs showing network performance when it's enabled. 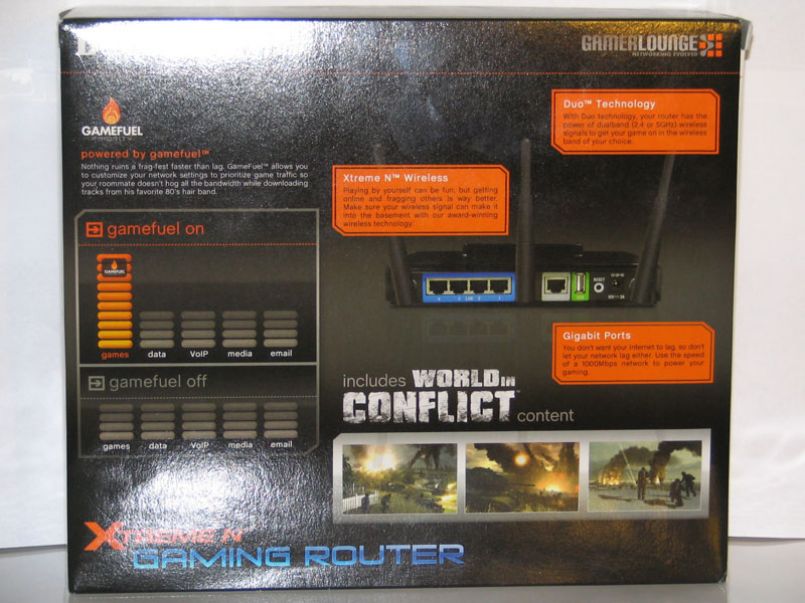 Once I opened the packaging up, I was greeted with the ever-familiar egg-crate in which many companies these days package their networking equipment. In addition to the router and power adapter, D-Link also includes the three detachable antennae, an Ethernet cable, and a CD-ROM with the Installation Wizard, Product Documentation, and World in Conflict Content 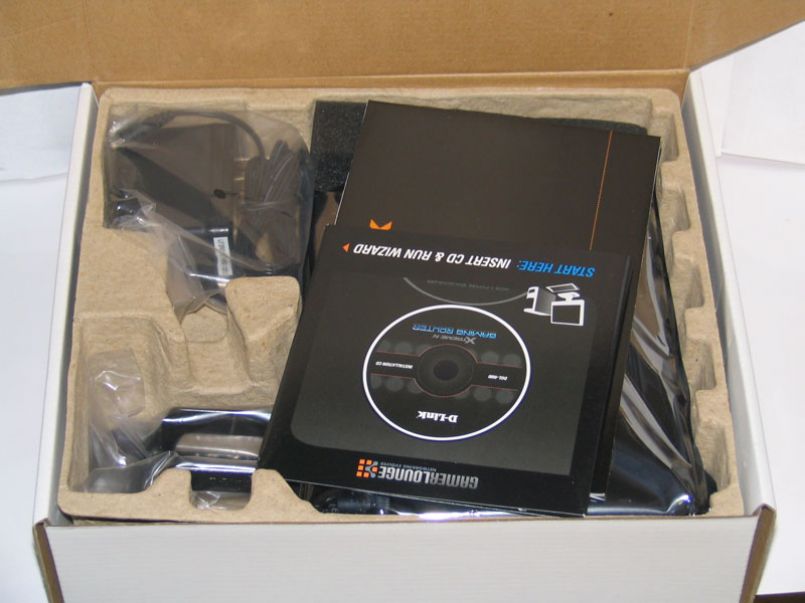 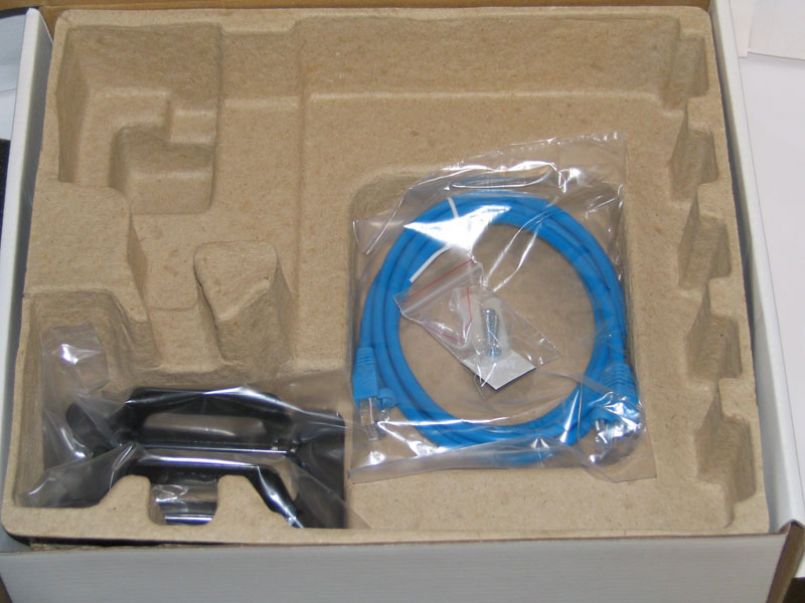 Next, I look at the production specifications and features.

The DGL-4500 Xtreme N Gaming Router is filled to the brim with features and capabilities. One of the few things it's missing is a storage unit. Below are the DGL-4500's primary features: 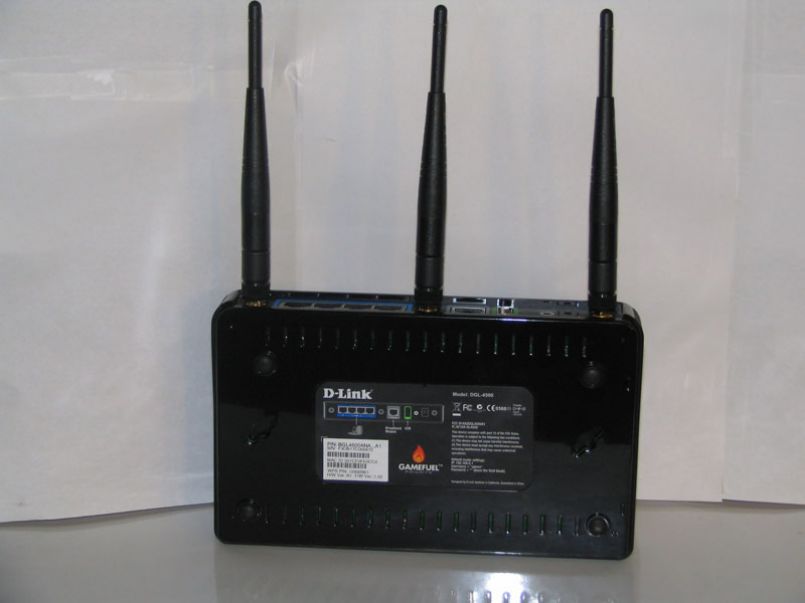 My first question was why the unit needed a gigabit WAN port, but then I realized that the router may not always be hooked directly to a gateway. The DGL-4500 would be ideal for a dorm or apartment with a gigabit connection. Provided the gateway had a large bandwidth pipe, I'd still be able to prioritize my own traffic to increase performance. Alternatively, the gigabit WAN port would come in handy if I was only using the DGL-4500 as a wireless access point or even a network extension.

The DGL-4500's specifications give a better idea of what advanced and technical features the DGL-4500 has.

The DGL-4500 packs in a USB port on the rear for Windows' "Connect Now". Connect Now allows users to identify a Connect Now-ready device with the router, then by plugging it into a host PC, it is instantly shared over the network. For the features the DGL-4500 packs in, I'm surprised it weighs in at a mere .7 lbs. This makes me wonder whether or not the hardware will be capable of maintaining all the services offered.

The DGL-4500's physical setup was easy: plug it in, connect the WAN port to the internet, and connect up to four PCs via the gigabit ports. 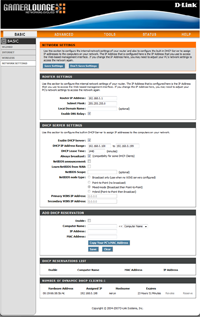 The web-based administration panel gives plenty of configuration options for almost any networking feature the router supports. Some of the highlights are WISH, GameFuel, DynDNS, and Virtual Server WISH stands for Wireless Intelligent Stream Handling, which optimizes and prioritizes packets over wireless. This is just another way the router is meant to improve household gaming. GameFuel, however, improves online gaming by prioritizing outgoing and incoming packets, making sure things like FTP, HTTP, and VoIP take a back seat to gaming applications. 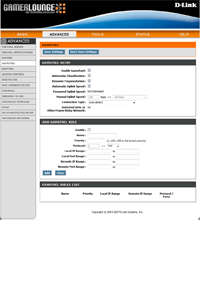 The router supports DynDNS and Virtual Server, so I was able to set up a server and have ports such as 80 (HTTP) and 22 (SSH) point towards a specific machine. DynDNS support allowed me to link my router's IP address to domain name using DynDNS or another such online service, and it updates itself each time the IP address is changed. On top of these unique features, the router also supports wireless encryption using MAC address filtering, WPA/WPA2, WEP, and RADIUS.

The one issue I ran into there was the numerous restarts and benchmarks the router itself required. Changing seemingly trivial options required a full restart of the router, which sometimes lasted up to 30 seconds in length. Once the router re-established a connection, it usually benchmarked it's connection speed, lengthening the amount of time I had to wait before using the internet again. The features of the modem are fantastic, but I still want to see if there are any performance gains from this router, both with gaming, and with file transfers.

The purpose of the DGL-4500 is gaming, so my obvious first benchmark was to test the ping of various game servers both while idling and while downloading. For downloading, I opted to download the Unreal Tournament 3 demo from a BitTorrent server. After letting the BitTorrent throttle up, I began my tests.

As I found above, the DGL-4500 does indeed increase performance while downloading, but only marginally. A ping of 80ms isn't the most playable ping in many games, and it also lowers the bandwidth available to BitTorrent significantly. Of course, this is a much more welcome option than having to pause the download completely while gaming.

I only added minor optimizations to the router for each game, such as providing some of the games' ports and my desktop's IP address. There may have been further optimizations available that I overlooked.

The wired gigabit ports on the DGL-4500 are fantastic, and give exceptional speed for a small router. The speeds blow the WRT54g's capabilities out of the water, as the DGL-4500 outperforms the WRT54g's 10/100 limit. As such, I'm comparing the DGL-4500's wired speeds to a Dell 8-port web-managed gigabit switch, the PowerConnect 2708.

As we've seen in previous BIOS LEVEL reviews, Windows implementation of SMB tends to be slower than that of Samba. Regardless of this, the DGL-4500 manages to keep up with the Dell switch without issue. Upgrading our test PCs to dedicated network cards may improve performance, but we feel that the DGL-4500 would be left behind at that point.

D-Link also sent us the DWA-652 Xtreme N Notebook adapter, which we used to aide us in benchmarking the router. Unfortunately, I was unable to get the card working in Ubuntu, and the Ubuntu forums offered little help on the matter. For these reasons, I'll be looking solely at Windows performance for this card.

The wireless speeds don't quite match up against the speeds of the gigabit ports, but the DGL-4500 beats the Linksys WRT54g around the clock. These tests were completed by transferring a file to the laptop utilizing the DWA-652, and then back. From these two transfers, we took an average of the two for our final result.

The DGL-4500 definitely has speed on its side as compared to another popular home router.

In terms of performance, we saw an all-around improvement from older 802.11g routers such as the ever-popular Linksys WRT54g. The DGL-4500's gigabit Ethernet speeds more or less made the WRT54g seem obsolete, as the speeds far surpassed what the WRT54g is capable of. For wireless networking, we saw a significant jump when using pure 5GHz 802.11n speed, but the DGL-4500 was still faster at the 2.4GHz band as well.

The DGL-4500 is an absolutely fantastic router that packs a ton of features in a small package (think: size doesn't matter). Wireless N is set to take over the consumer market, and the DGL-4500 is ready to help the cause. If not for gaming, the DGL-4500 makes for a fantastic purchase for it's raw speed and feature set. The one downside to the router are the seemingly unnecessary reboots and speeds tests during configuration.