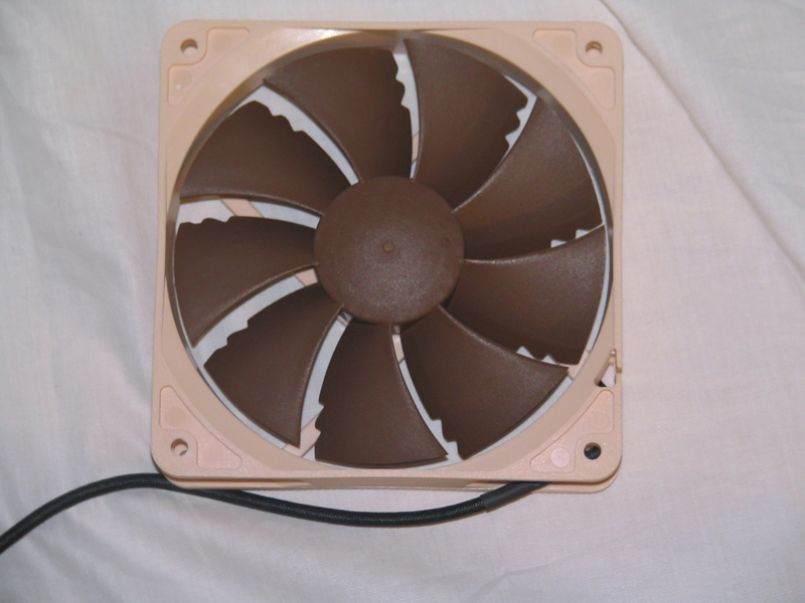 Noctua recently sent us the NF-P12 120 case fan for review. The NF-P12 was developed for applications such as CPU cooling, where higher air flow is necessary. The NF-P12 features many new technologies, such as Vortex-Control notches, the SCD drive system, and Noctua's own SSO-Bearing engine.

Despite aiming to cool components more efficiently, the NF-P12 was also designed with sound in mind. The NF-P12 is pressure-optimized and meant to be quiet. Let's look at how the fan performs, as well as learning what all the fancy acronyms mean.

The NF-P12 comes in a box not much larger than the fan itself, illustrated with Noctua's Maroon-Blue-White palette. Noctua also send a few stickers along with the fan. On the upper right-hand side of the front, the NF-P12's features are listed in a blue box. 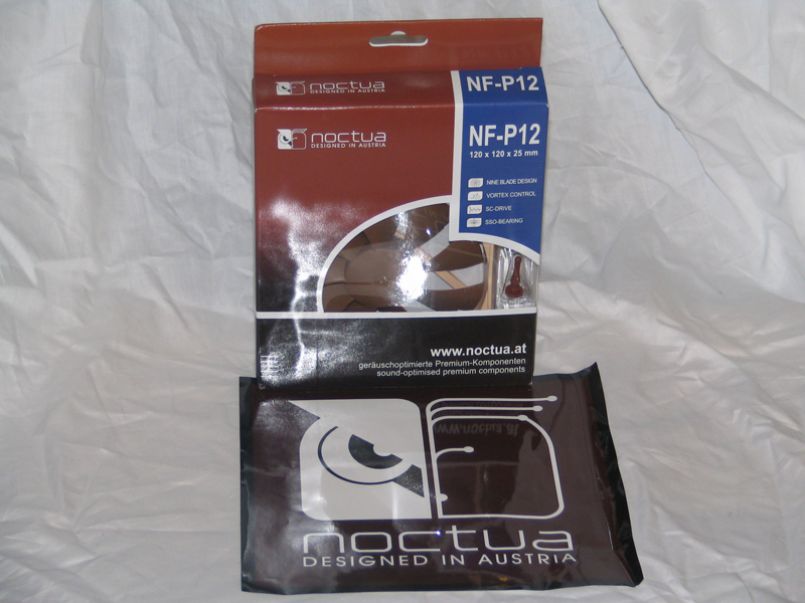 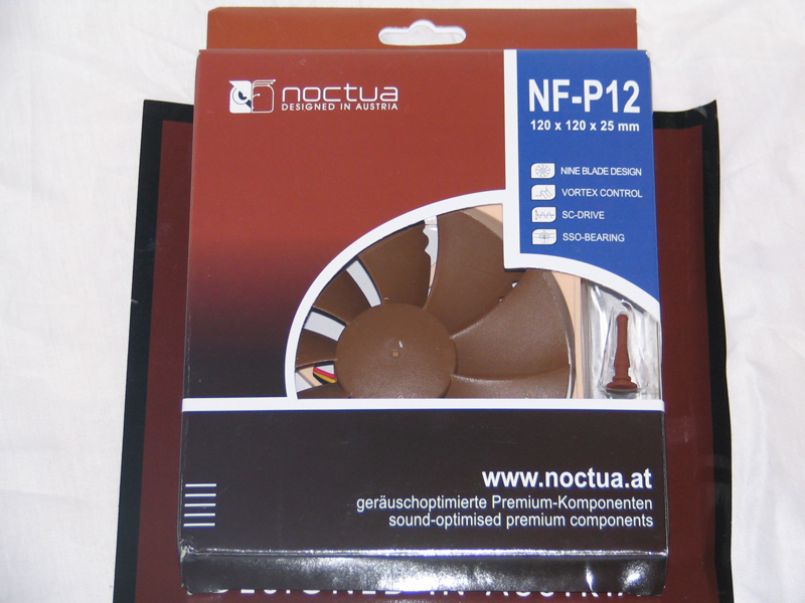 The rear of the case goes to explain the four primary features of the fan further. 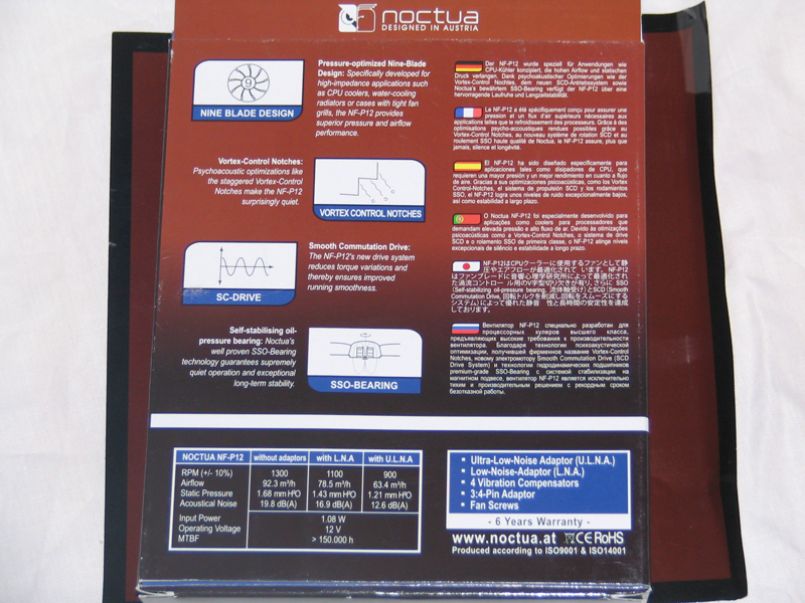 The rear of the packaging also opens up to reveal an even more detailed explanation of some of the features. Talk about giving away their trade secrets. 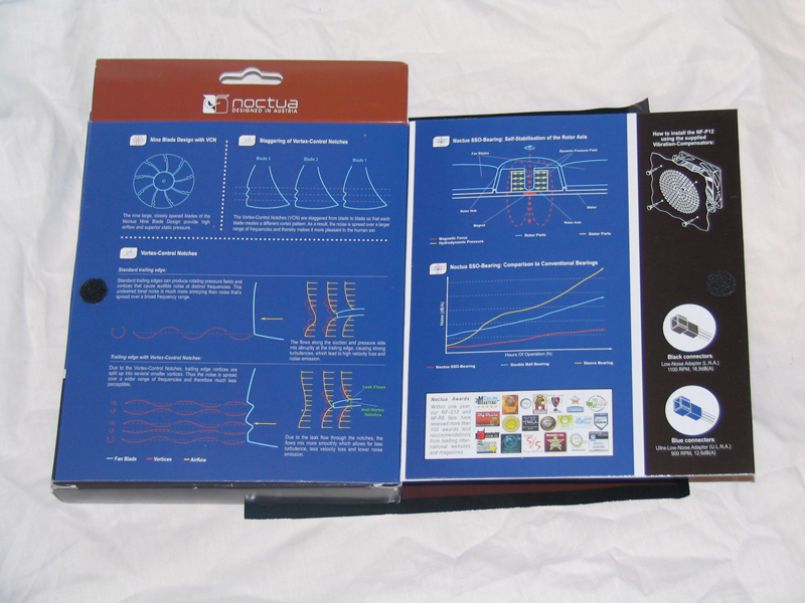 Removing the fan from the packaging, I found it enclosed in a rubber casing along with the various accessories it comes with. 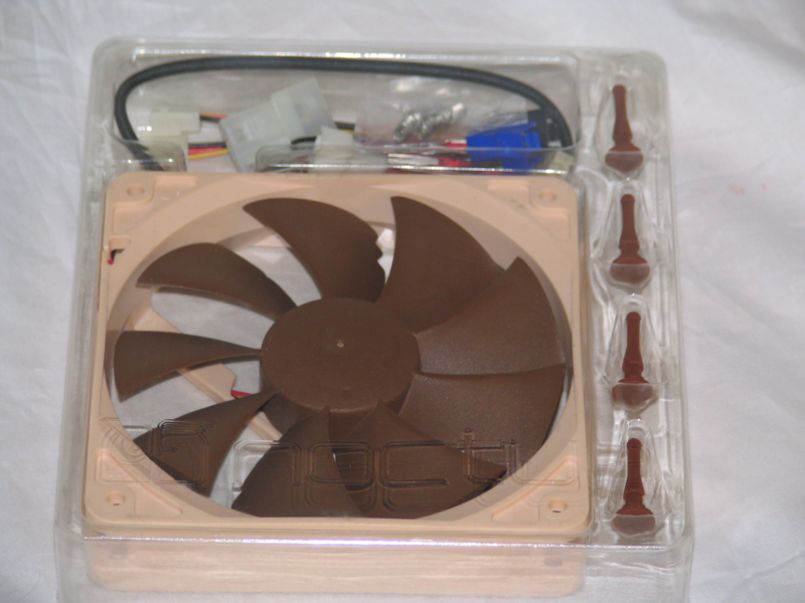 Amongst the accessories are four rubber mounts, designed to minimize vibrations from the fan against the case. There are also two adapters that come with the NF-P12. They both have a resistor on the hot wire, meant to lower the voltage going to the fan. Using one of these pieces will slow the fan down, lowering any possible noise. The NF-P12 features many advanced technologies that can't be found in other companies' fans. Let's look at what makes Noctua's NF-P12 so great.

I'm not sure if I've ever seen a skin-colored fan. It's an odd combination of colors, but it grew on me.

The unit is only 25mm thick, making it much thinner than fans such as the Vantec Tornado. It's also nice that the cord is wrapped up in rubber, keeping the wires together and neat. 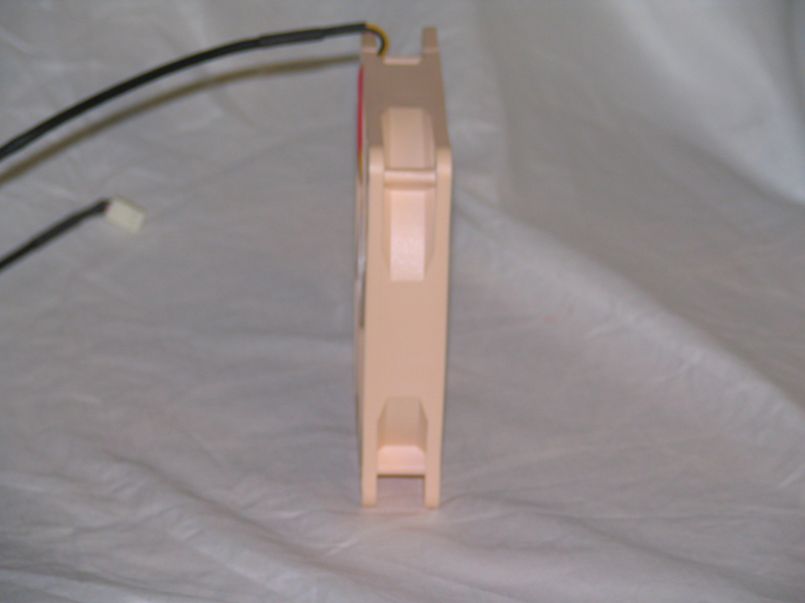 Installation was fairly straight forward, but one can always look at the box for a little help. The first step was to get the rubber mounts in to the fan holes. This is relatively easy, as they're inserted from the outside, then pulled from the inside until they're "locked". 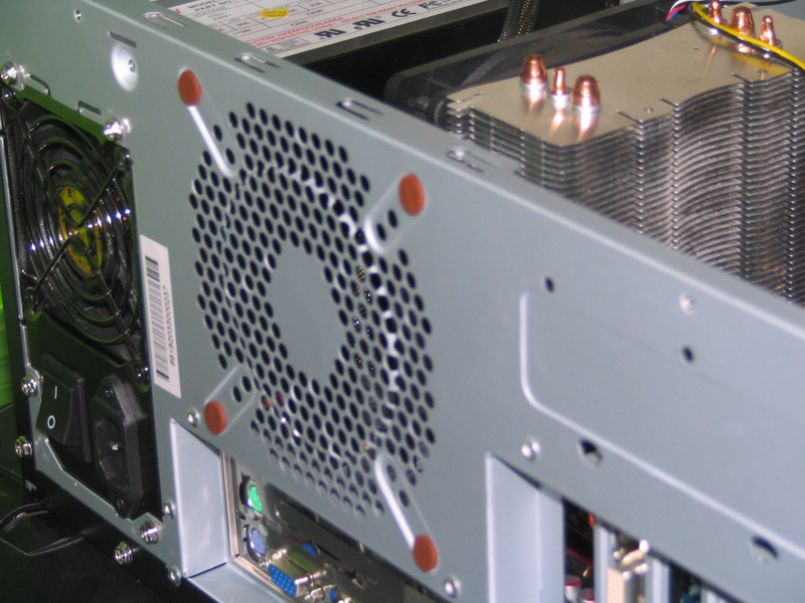 From the inside, I lined the fan's holes up with the four mounts, pulling on each one until the fan was secured within the mounts' grip. 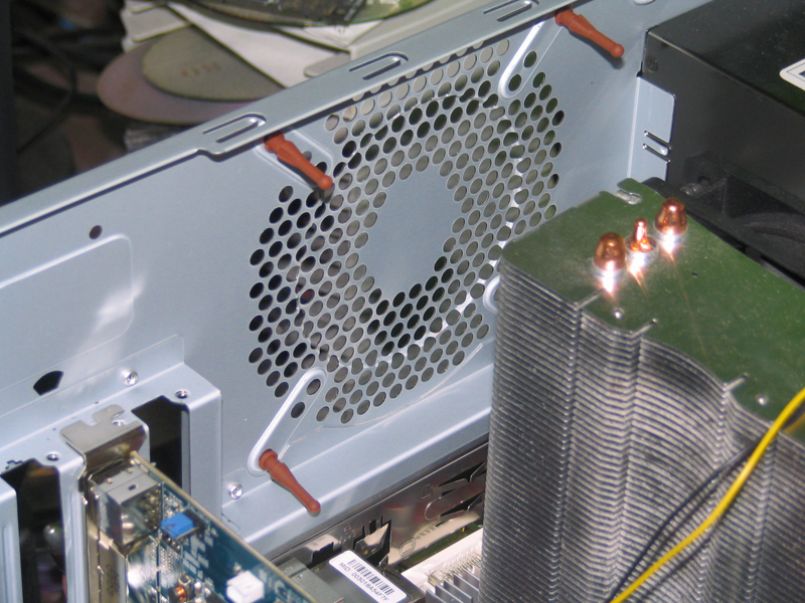 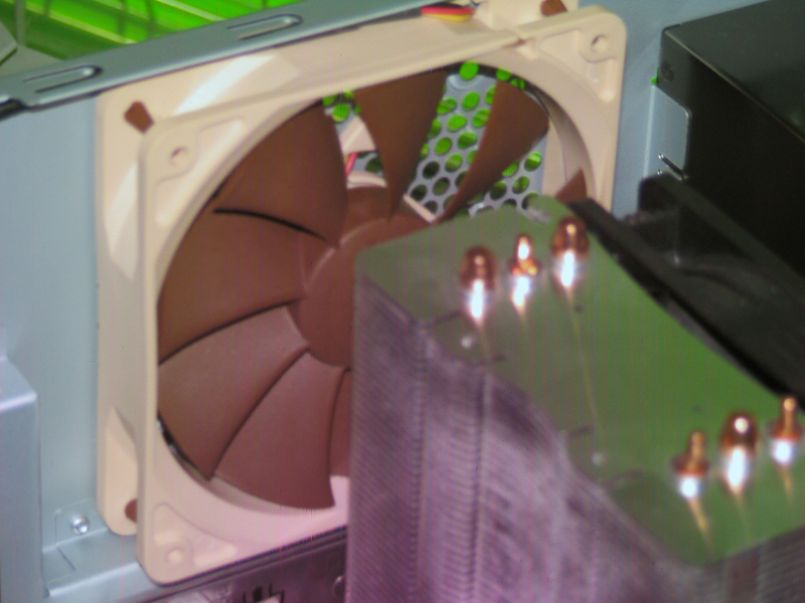 With the Thermaltake fan in place, the system ran with an ambient temperature of about 38°C. After installing the NF-P12, the internal temperature dropped down to 36-37°C. This isn't major increase, but definitely an improvement. I may have to acquire a second unit to install in the front. Additionally, even without using any of the speed-changing adapters, I noticed that the machine was significantly quieter than before.

Noctua has a fantastic product with the NF-P12. The fan ships with its own silencing kit, consisting of rubber mounts and two power adapters capable of lowering the unit's speed and thusly the noise.

Installation was simple, and the results were there to back up the unit. It lowered the temperature of my case about 1.5°C, and reduced noise levels significantly. Paired with Sunbeam Rheobus Extreme, I can find the perfect speed and noise level.