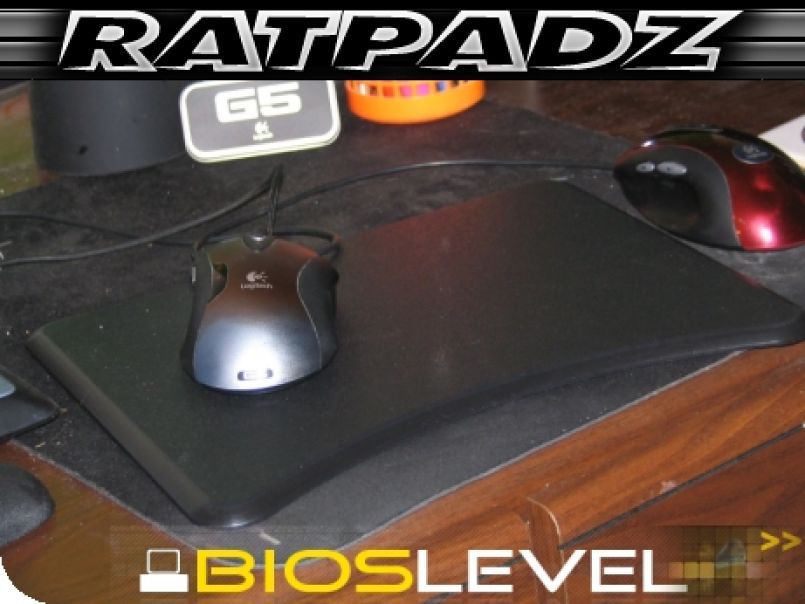 When it comes to mousepads, most gamer's will tell you the best is Ratpadz. Ratpadz has been dedicated to making gaming mousepads since 1999, and was one of the innovators for the mousepad surface industry. Now, Ratpadz original mousepad has been re-released as the Ratpadz XT. We're going to be looking at how the Ratpadz XT performs in everyday computing, gaming, and it's durability. Ratpadz is owned by KB Accessories, Inc., which Kyle Bennet of [H]ard|OCP founded. If that isn't proof that these mousepads are aimed at enthusiasts and gamers, I don't know what is.

First, let's look at the features and specifications: This was my first time using a Ratpadz, and I was a little doubtful on how well it would perform at first. The top surface texture looks rough, and from experience of running optical mice on beat-up tables, I wasn't sure if my mice would cope with it. As I would later find out, much to my surprise, I was quite wrong.

Placing it on my desk, I found it to be securely anchored. On the underside, you'll find nine points of solid rubber contacts. In the past, the most that any mousepad I've owned had was only 4 or 5, if any at all. The nine separate points give the Ratpadz and incredible sense of security and support while using a mouse on it.

You'll notice the MADE IN U.S.A on the back. Kyle Bennet feels strong about making note about this fact, and I feel the same. You don't get products of this quality from China or other countries. There's nothing like something made here in the U.S. 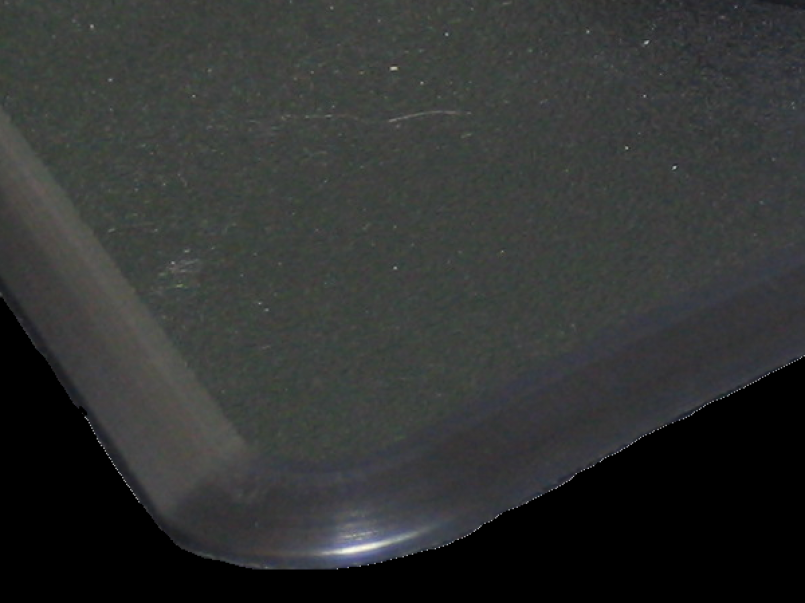 As soon as I placed the mouse on top and started using it, I noticed an immediate difference from my previous mousepad, the QcK+ Steel. There was barely any resistance while using my Logitech G5 lasermouse. As one point, I felt what I thought to be a sticky spot, but realized that the mousecord was stuck under my monitor. Using the mousepad on Windows and Linux felt much better than any other mousepad I've ever used. Dragging and Dropping files were more accurate when moving in a folder filled with icons. There were no accidental drops, where I'd drop the file in the wrong folder because my mouse skipped a spot. If you're wondering about the curved surface at the bottom of the mousepad, wonder no more. It's a great spot to put a gel wrist pad, or turn the the mousepad right against your keyboard if you're cramped for space. If you've seen my desk, you know I'm not cramped for space. Plus, I've got two mice sitting on it.

I booted up Unreal Tournament 2004 and started playing against godlike bots on one of my favorite maps. Mind you, I used to play a lot of Instagib, so my accuracy is generally 30-60% with hitscan weapons such as the Shock Rifle and Lightning Gun. After playing for about five minutes, I noticed a general raise in my accuracy. Hitting F8 in game gave me my accuracy with weapons, as well as the number of headhots I've made. I found it much easier to headshot the bots with the Ratpadz. I can't say everyone will find the same results. Being "good" at gaming usually takes a lot of practice, as well as being comfortable with both your hardware and software settings. The Ratpadz offered me a smoother mouse experience, and there were no spots on the Ratpadz that the G5 wasn't picking up.

Just to be sure, I plugged in my Logitech MX510 to try the same. The MX510 still uses a red LED to track movement, while the G5 uses an actual laser. They work the same, but the G5 tends to be much more sensative (and responsive). The MX510 has had a lot more use than the G5, so the pads on the underside are a little worn down. After playing the same map with the MX510, I found similar results. Slighly lower than what I had with the G5, but none-the-less higher accuracy than playing on my other mousepads.

Ratpadz sent us two of the XT. I figured we'd have our fun trying to destroy one. I took both mousepads with me to Pittco, where Jordan and I attempted to fold the Ratpadz XT in half. While we're both big guys, neither of us could bend it much one our own. We decided to put it flush against the edge of a steel I-Beam in the firehall we were in. With each of us pushing and/or pulling on a separate side, the most we were able to get it to bend was at about a 30 degree angle. Gosh darn, these things are durable. Unfortunately, we lost the pictures on a stolen SD card. Should we have the opportunity, you can expect us to try bending it again, this time with more extreme hardware (table vice and clamps, anyone?).

Ratpadz has a true winner on it's hands with the Ratpadz XT. It was a great decision to rebrand it's original mousepad, as this is a true performer. As far as we can tell, the mousepad works with any mouse you can throw at it, and it's Linux-compatible to boot! =P It's well worth the $19.99 (plus $5 shipping) you can buy it for from Ratpadz' website. You can expect the Ratpadz to remain at my desk until they come out with a bigger option. I need more space for my dual mice! I've got the G5 connected to my desktop, while my MX510 is connected to my laptop when it's at my desk. Pros:Cons: