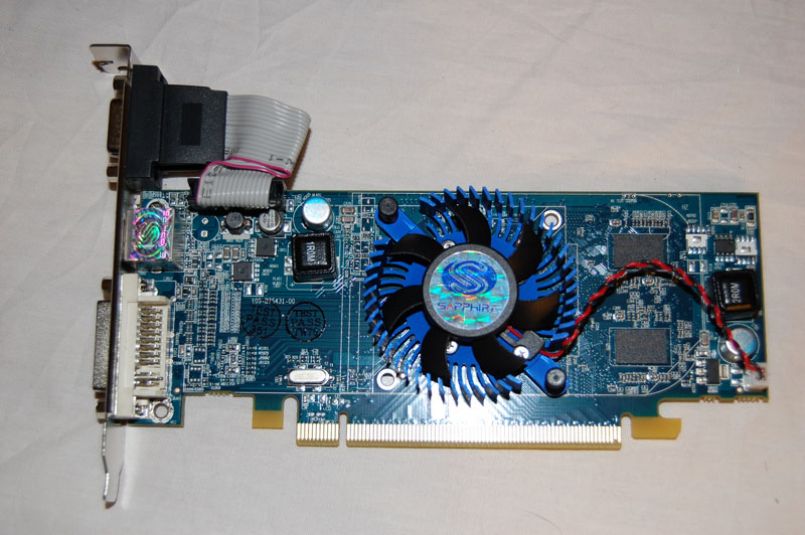 BIOSLEVEL.com recently looked at Sapphire's Radeon HD4650 videocard, one of the latest mid-range offerings based on AMD's ATI brand of GPUs. We were impressed by the features and performance of the card, especially at it's very moderating pricing.

The folks at Sapphire were kind enough to send their Radeon HD4550 card at the same time, which will be on the table today. The Radeon HD4550 features 512MB of DDR3 memory, a 600MHz core clock, and 80 stream processors. It's not quite as beefy as the Radeon HD4650, but it can be found for an average of $30 less.

The Radeon HD4550 shipped to us in a box roughly half the size of that of their high-end cards we've seen in the past. The card's title is printed nice and large, and a cute female with a rather large sword takes up the rest of the box's front side. Along with this are the various certifications, as well as Sapphire's improvements such as PCI-Express 2.0 and 512MB of DDR3. 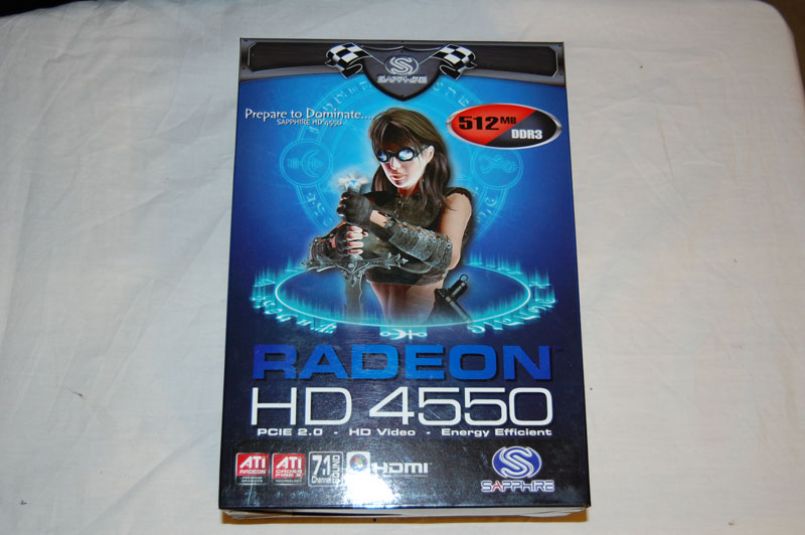 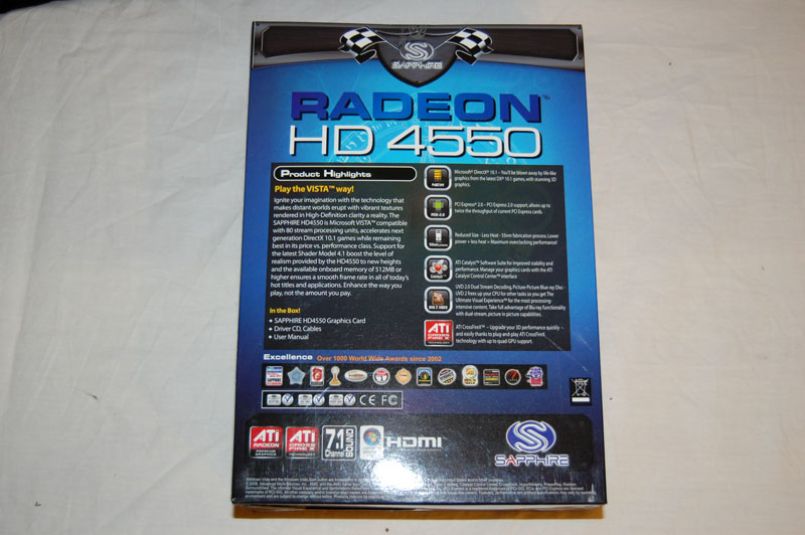 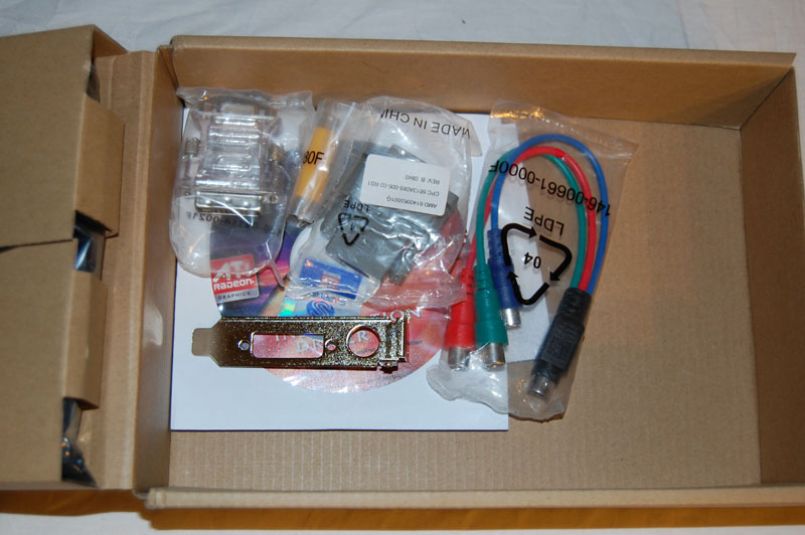 The card itself came wrapped up in the typical anti-static wrap. It's a small card, and has brackets that fit both low-profile and full-profile systems.

The Radeon HD4550 doesn't features any DisplayPort connections, but rather a single DVI port and a lone VGA port. People still use VGA connections?! 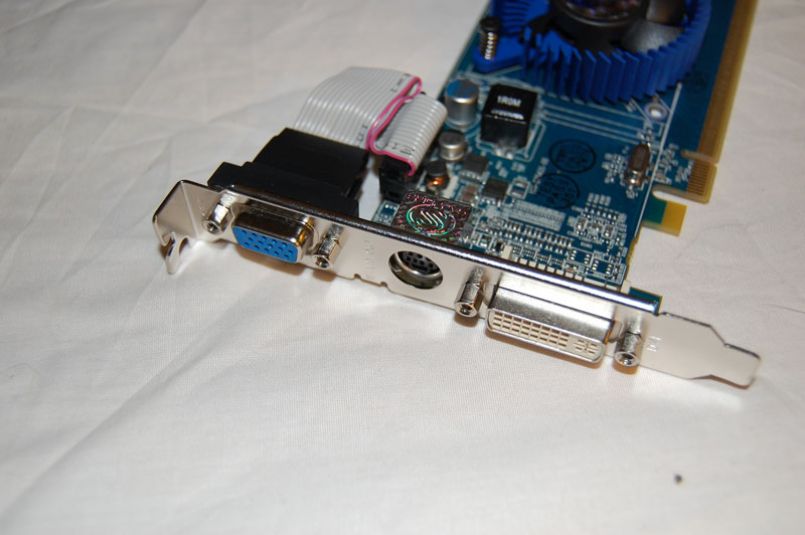 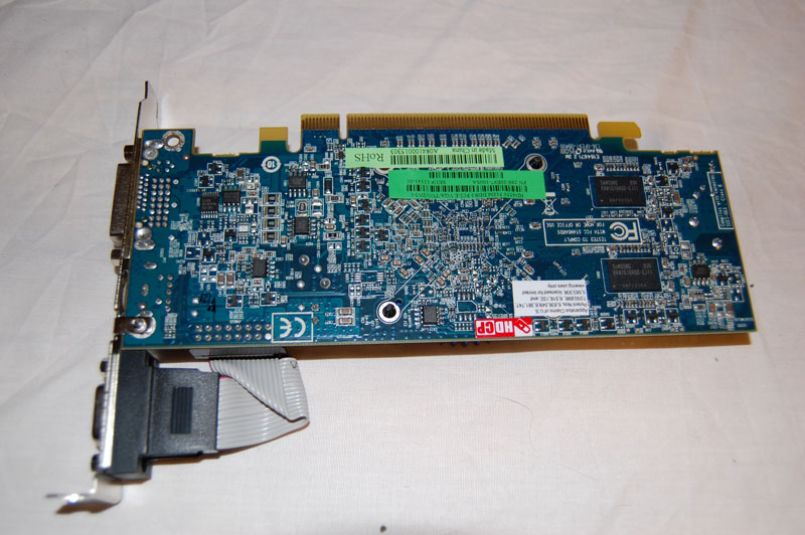 More information can be found on Sapphire's product page.

There wasn't much to the installation of the Radeon HD4550. The card merely requires an unused PCI-Express x16 slot, preferably of the 2.0 variety. I'm happy to report that the Radeon HD4550 does not require a PCI-Express power connection. This could be a killer card for many low-powered systems. 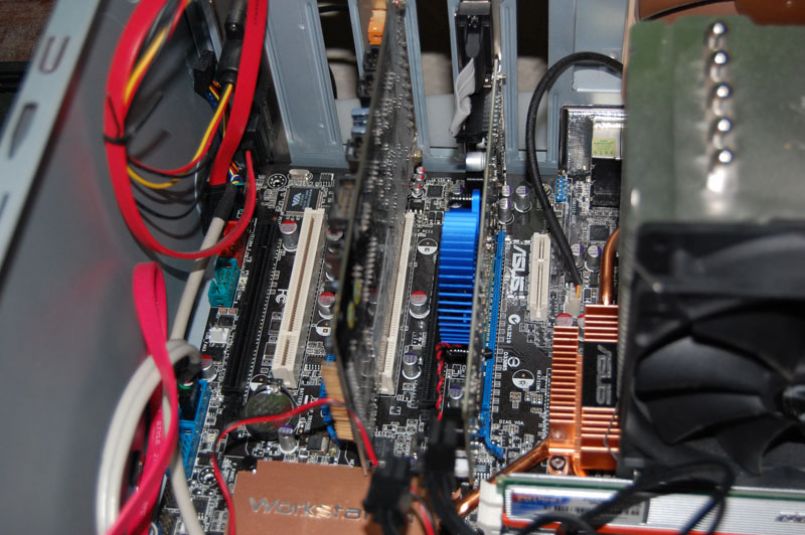 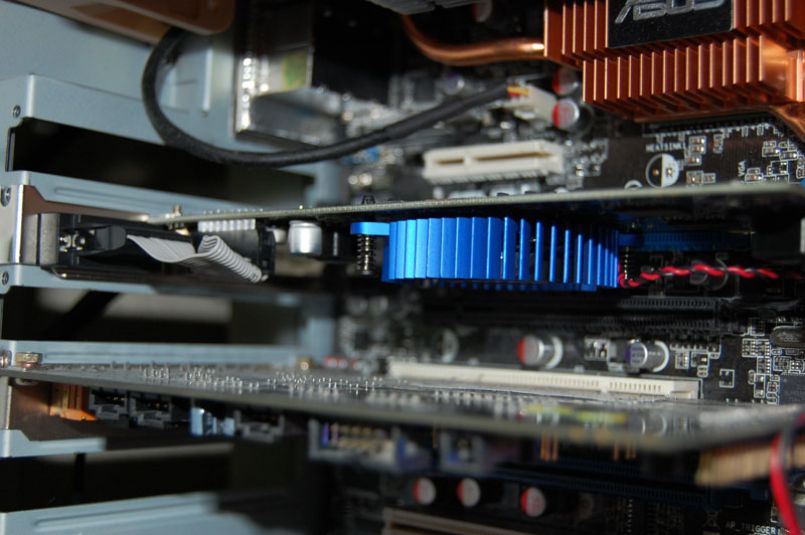 That said, I'll be able to compare the Radeon HD4550 against several videocards BIOSLEVEL has reviewed in the past, but I'll have to be careful with any conclusions due to the fact that I'm using different hardware. Let's get started with the Windows benchmarks. I'll be looking at performance in Cinebench, 3dMark06 and Vantage, Unreal Tournament 2004, Unreal Tournament 3, Crysis, Quake 4, and Half-Life 2. 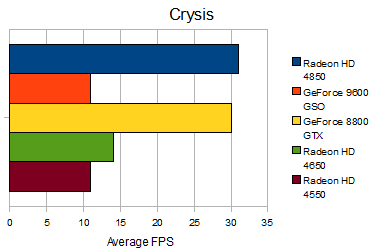 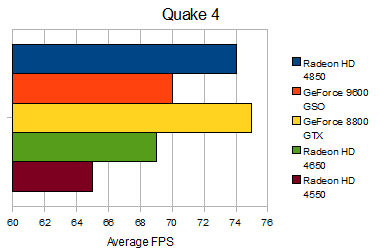 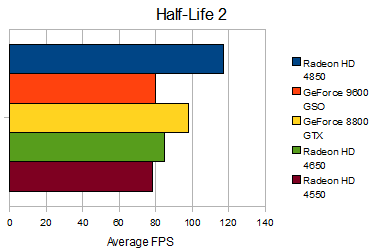 At first look, the HD4550 isn't overly impressive on it's own. However, when considering that it's a lower-midrange card, the performance might look a little better. The card is capable of handling many popular games, and for it's price range, a good investment for those building entry-level gaming rigs.

It doesn't quite meet the performance of the GeForce 9600GSO or Radeon HD4650, but it holds its own place. 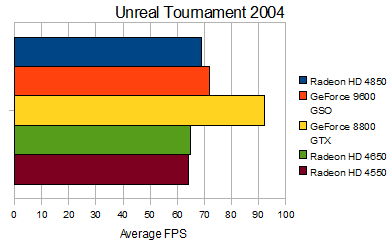 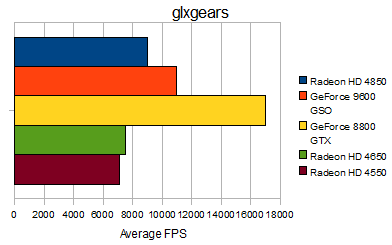 I have to say that the benchmark numbers in Linux came as a bit of a surprise. The card wasn't far behind the Radeon HD4650, but still fell behind the numbers we got from the GeForce 9600 and 8800 series cards.

As always, it's well known that that AMD's Linux driver isn't the best. For proof, once can compare similar games in bot Linux and Windows and see where the card falls behind in Linux. That's partially the purpose of the review to look at how well AMD has implemented their driver.

Sapphire's Radeon HD4550 pulls its weight, despite being a mid-range card. The card doesn't fall far behind the Radeon HD4650 in terms of performance, and is priced slightly lower. On top of this, the card can fit both low-profile and full-profile systems. This makes for an ideal card for small-profile workstations or DVRs.

Sapphire definitely has a great mainstream card on their hands with the Radeon HD4550 overclocked. With DDR3 memory and the adjustable profile size, the card is sure to be a hit in the mainstream market, especially as the card is capable of playing today's latest games. For the price, performance, and usability of this card, we've awarded it our "#1 Recommended" award.