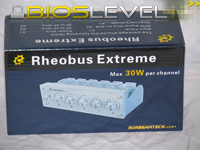 Not every PC case fan was designed to be quiet, nor do most LED fans give have a switch used to turn the LEDs off. Enter the Rheobus controller: giving users the ability to control the speed of PC case fans, and the brightness of the LEDs. Sunbeam recently sent BIOS LEVEL the Rheobus Extreme for review, which promises up to 30W per channel, as well as cool LED lighting.

The Rheobus Extreme packaging isn't much bigger than the unit itself, and the unit is only as big as a 5.25" bay with a depth of two or three inches. On the front is an image of the silver version of the product. Sunbeam sent us the black one, which matches most of our cases, thankfully. 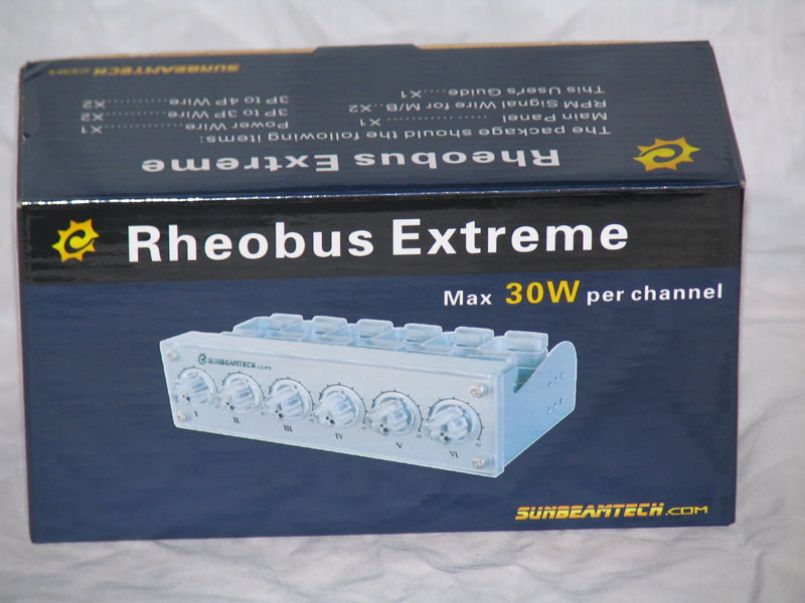 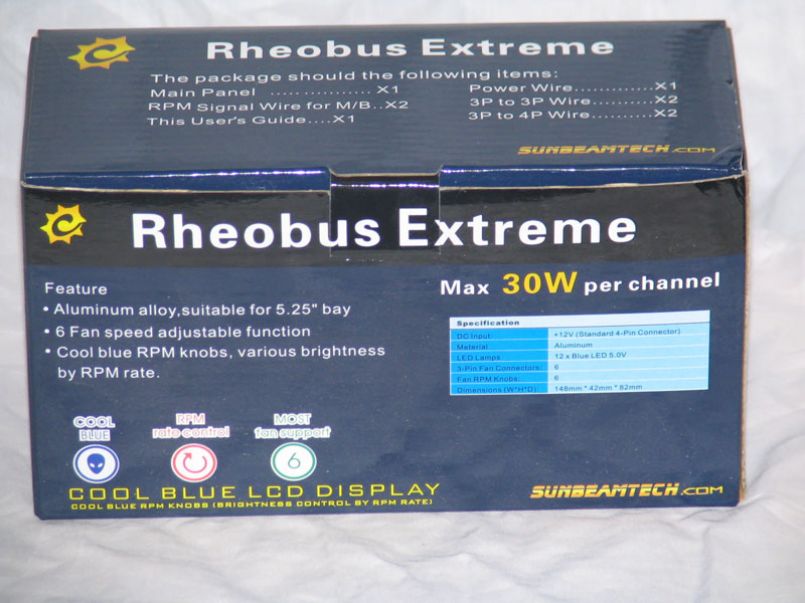 The rear of the packaging lists the unit's features and specifications. The features include an aluminum alloy chassis for 5.25" bays, six knobs to adjust fan speed, and the knobs are lit "cool-blue" which adjust in brightness depending on fan speed. Meanwhile, the technical specifications of the unit are as follows:

The Rheobus Extreme comes with seven cables: a 4-pin power cable, and 6 cables for connecting fans. They include a variety of connectors, including both 3-pin and 4-pin molex connectors. Absent were the new 4-pin fan connectors that many CPU coolers now use. 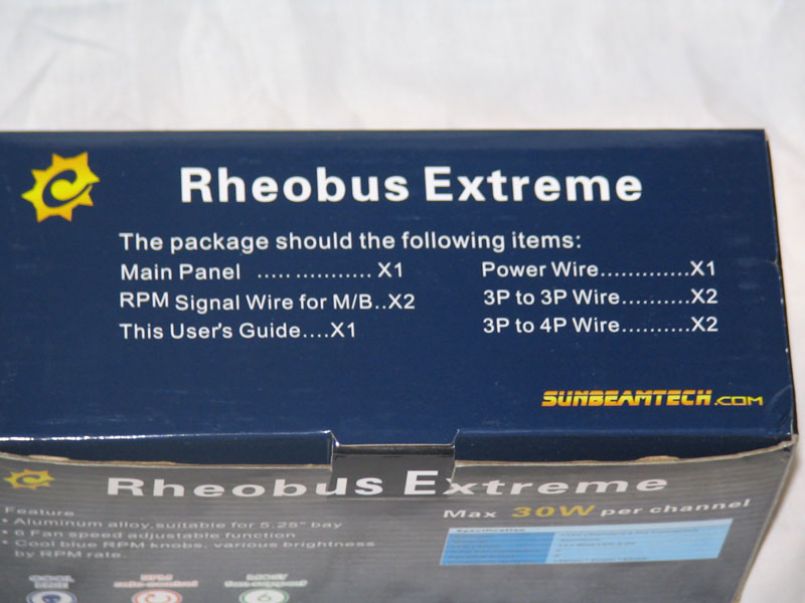 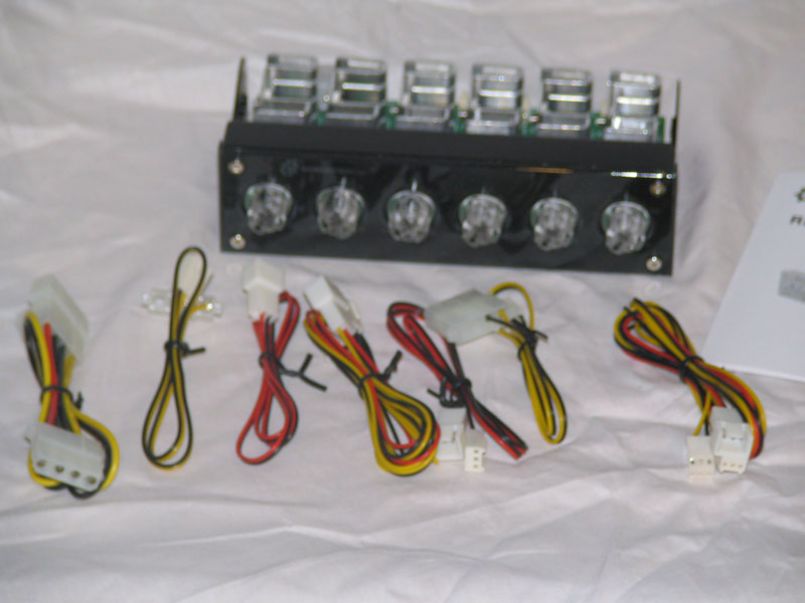 The knobs on the front of the unit are clear, so as to let light shine from the LEDs behind the unit. The "HI", "LO", and knob's number are painted or etched to the unit in a very dim gray color, making it hard to read. I think a white color or a transparent area would have improved the visibility of these settings. 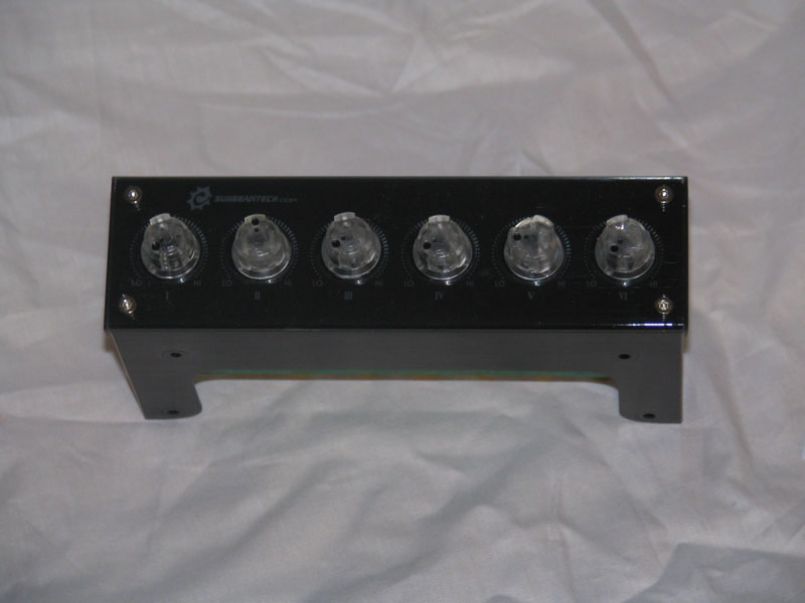 The unit is only 3.25" deep, barely passing up the first set of screws that most cases accept. With this in mind, it might be necessary to use two screws on each side to ensure stability.

The rear and inside of the unit is where the action is. There are three heatsinks for dissipating the heat that will eventually build up in the unit from constant use. Also, the six individual channels are labeled, as well as the 2-pin power connector. 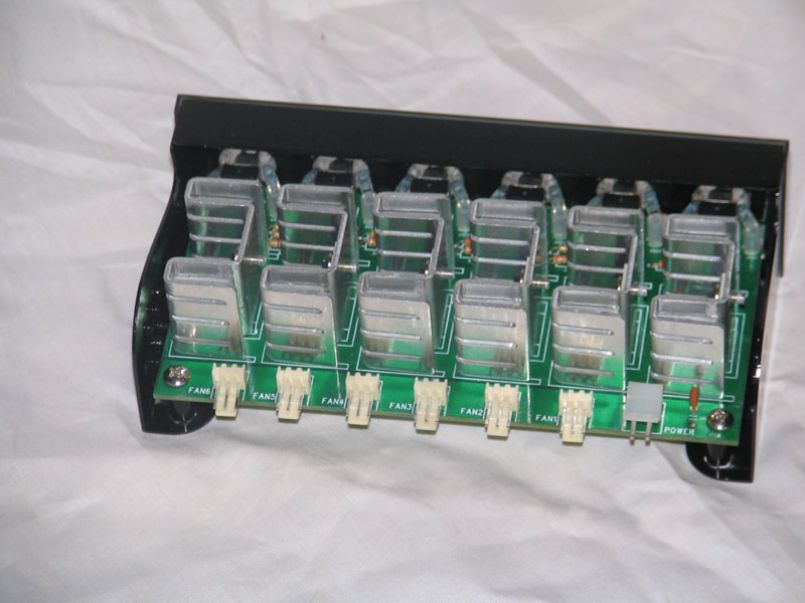 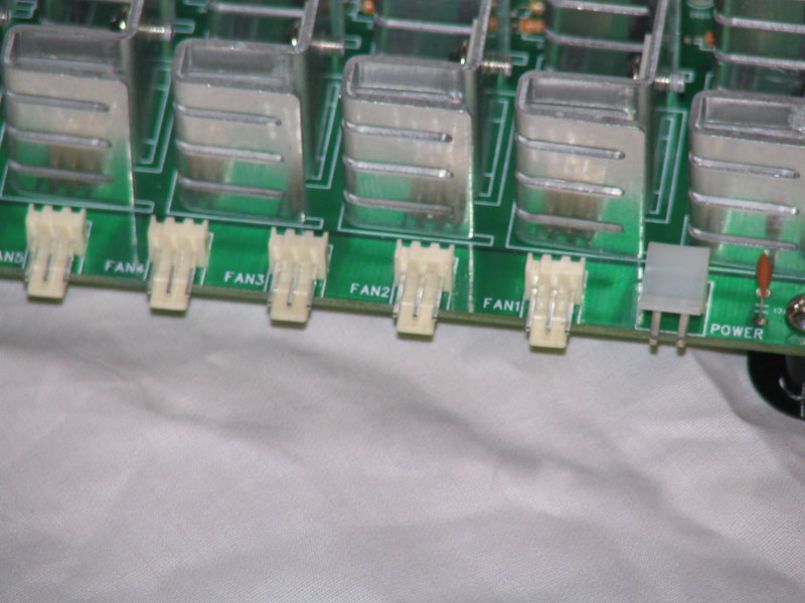 The underside is probably the most featureless area of the unit, as it's mostly just soldering points. 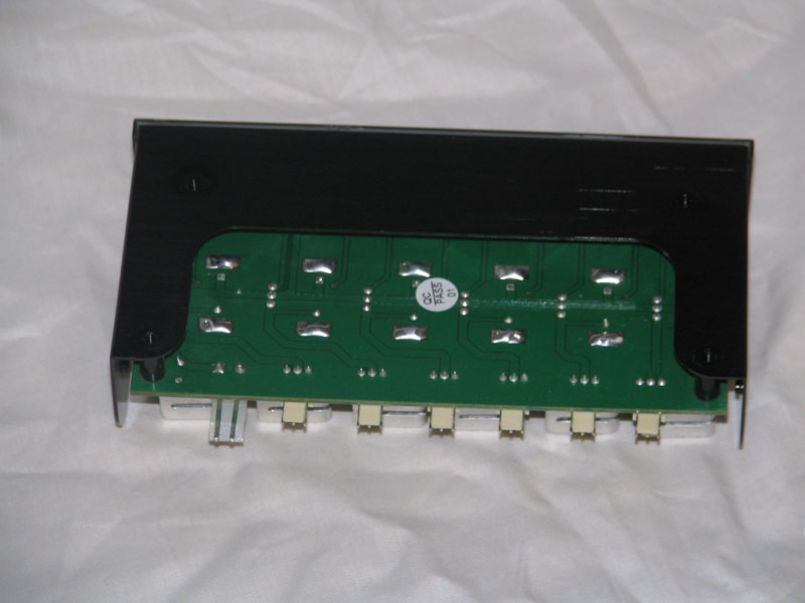 Now it's time to install it in my test system. Let's hope nothing fries.

Installation seemed very straight forward. Connect the 4-pin power, then connect it to the 2-pin power on the Rheobus. Next, connect a 3-pin fan connector to a fan and to the unit. Turning the power to the PC on should have brought the unit to life, but this wasn't the case. 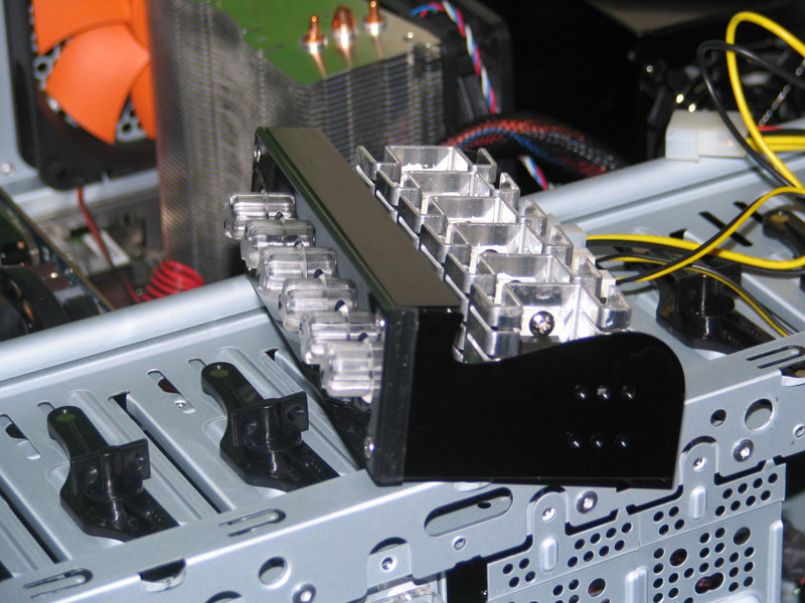 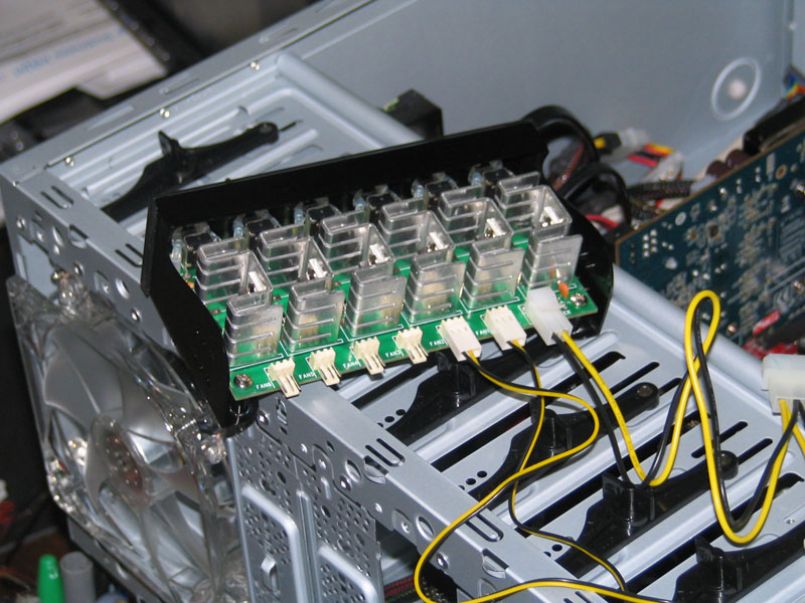 Turns out, one of the cables Sunbeam included was a CPU cooler cable, which is a double connector. It connects to the unit, but then connects to both the CPU cooler and the motherboard. This is so the CPU Cooler's RPM value is sent back to the computer, so no alerts are made in the system. Well, as it turns out, this cable needs to be connected for the unit to work. At the very least, it should be connected to the motherboard even if a fan isn't connected to it. I don't know why, but the unit worked after I did this.

The Rheobus Extreme lit up when the PC came the life, and the system fans came on at a very low speed. Once I started playing a game, I turned up the speed on some of the fans. The noise became audible again, but the point is that I had the fan's speed available on-demand. Also, when the fan's speed is turned up, the knob in question gets brighter, representing the selected speed. Aside from the issue with trying to get the Rheobus Extreme to power on, I also was slightly annoyed that I couldn't turn the LEDs off. Blue light is a very annoying light when trying to sleep, and it's hard on the eyes in the dark. Beyond these two small issues, I loved testing the unit. More importantly, I love being able to silence my PC when I don't need fans such as the Vantec Tornado running at full speed.